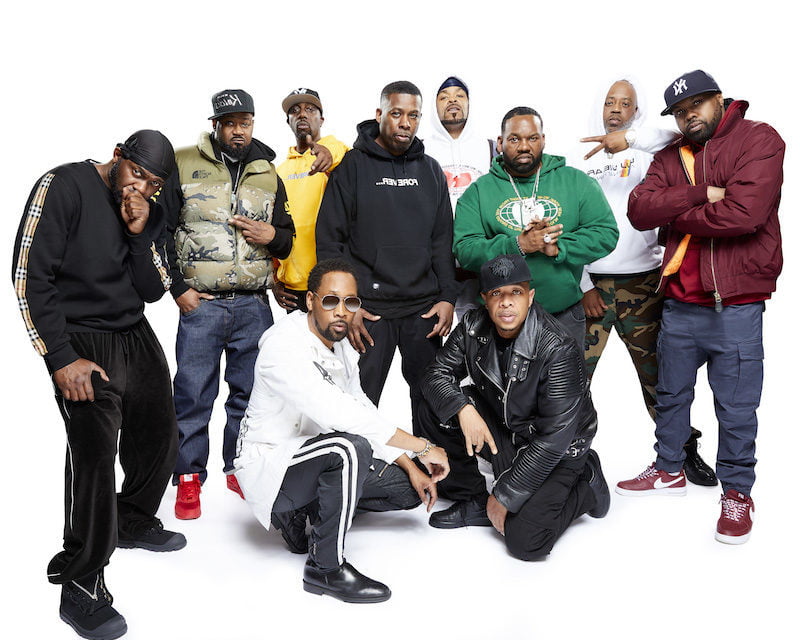 Influenced by comic books, jazz, science fiction, kung-fu and Afrocentrism, Wu-Tang Clan is a rap group that has changed the landscape of not only rap, but the music industry as a whole.

Given that the group of New York rappers from the “slums of Shaolin” (Staten Island), first hit the scene back in 1993 – their ability to present themselves both as individual artists and as a collective of like-minded musicians was completely unheard of at the time.

With RZA acting as the de facto leader, Wu-Tang Clan would go on to become one of the most influential groups of the past few decades.

Here are my personal top 3 top reasons for feelin’ this iconic group:

Wu-Tang’s early image involved the idea that they were a bunch of scrappy, starving artists from the slums of Shaolin. This was no front.

The crew’s first single, “Protect Ya Neck,” cost $300 worth of studio time to complete. The group apparently paid the studio in quarters.

Racialized violence and poverty were embedded in the group’s music. Frustration and exasperation at life as black and impoverished youth in America is at the heart of records like “C.R.E.A.M” and “Can It Be All So Simple”.

When RZA was asked about the grittiness behind Wu Tang’s translation of street life and trauma, he said: “We always turned the flashlight on things, you know what I mean.”

The first voice heard on their first album is not of a member of the group or even a musician, but rather dialogue from the kung-fu film “Shaolin vs. Wu-Tang”.

The word Wu-Tang itself, has an origin embedded in ancient Chinese history and what makes their first album particularly fascinating, is how many of the lyrics draw parallels between martial arts culture and the rap world. For example, they often compare their raps and battles to swordfights; and the significance of martial arts film characters also became prevalent in the names of some Wu-Tang Clan members.

The Wu-Tang Clan has connected deeply to a phenomenon known as Afro-Asian culture. Their cultural fusion led to albums that have become global sensations and changed the landscape of the music industry forever.

RZA wrote the book the Tao of Wu in 2009 and reflected upon his main influences: Islam, Buddhism, Christianity and Hinduism.

We probably don’t give Wu-Tang Clan enough credit for affecting the popular vernacular of the time eg. Boo (girlfriend), grill (face/mouth), cream (money), etc. … but it is truly a mind-blowing contribution.

A New York-based data scientist analysed 35,000 lyrics of 85 hip-hop artists to find the number of unique words they had created and used. Five Wu-Tang’ members, hold six places in the top 25 — and four in the top 10.

Snoop Dogg, 2Pac, Kanye West, and Lil Wayne, were among the bottom 20.

Wu-Tang has created an incredible 6,050-6,425 unique words over the span of their career. By comparison, Shakespeare used 5,170 unique words. Conclusion? We need to be teaching the Wu in schools right beside the bard.

These few bold statements from this middle-aged mom of two are just a glimpse into why I will always love Wu-Tang Clan. The really do reign supreme.

Mita Naidu, BA, MA, MHA, sits on the Jazz Festival board and is the director of development and communications at a nonprofit in the Downtown Eastside. Her passions have always been deeply entangled in the arts, sports, notions of voice, diversity, and anti oppression work.