Since the very beginnings of the Vancouver International Jazz Festival, Coastal Jazz has dedicated a healthy amount of programming to music that doesn’t always conform to traditional expectations of what jazz is. In fact, this commitment to the “other” is so ingrained into the DNA of this festival that it’s not really a bug…it’s a feature.

Want to see Swedish and Canadian musicians playing “against” each other as mock hockey teams? Done it. A big band playing the music of the Mahavishnu Orchestra? Done that too. Entire jazz shows performed on a laptop? Been doing that for years.

And other than requiring a profound sense of courage, the only thing those three ideas have in common is where they took place: Ironworks, at 235 Alexander St.

Ironworks is “just” a building. And one that doesn’t do much live music outside of Jazz Fest these days. But for what it represents to this festival in terms of the outer boundaries of what jazz can be, it might as well be the Taj Mahal.

During this year’s festival, there are two shows at Ironworks every day, at 4:30PM (those ones are free), and at 9:00PM (Ticket info for those can be found here). There will be a limited amount of live tickets available for each show (those will go FAST), and all shows will be available for streaming.

The line-up this year is exceptional, featuring dozens of the city’s most creative and daring musicians, in an eclectic array of groups.

The 4:30 shows feature a nice mix of established vets and young up-and-comers. Alvaro Rojas starts things off leading a string quartet on the 25th, followed by Jared Burrows, Nikki Carter, Kenton Loewen & Clyde Reed the next day. Guitarist Jeff Younger brings a more ambient and atmospheric vibe to Ironworks on the 27th, with scene cornerstone Chris Gestrin leading his mellow-but-intense Shadows Quartet on the 28th. Drummer Dan Gaucher leads the third iteration of his Stop Time Quartet on the 29th and Quincy Mayes and Yuyu Feng bring their audio/visual project Wawona to the venue on the 30th. Lisa Cay Miller, Ben Brown, and Feven Kidane take over Iron Works on Canada Day, and Assertion brings more genres than you can throw a stick at on July 2. Torsten Muller, Vivian Houle and JP Carter unite as Particle Storm on July 03, and Eli Davidovici visits from Montreal on July 04th to lead a great quartet.

Historically the 9:00PM shows are often the highlight of the festival, and this year’s line-up looks to meet that reputation nicely. On day one, Joshua Zubot takes a break from his strings project to lead an interesting quartet featuring three of the city’s finest. On June 26th, three local legends attempt to tear the roof down, when Gordon Grdina, Francois Houle, and Kenton Loewen hit the stage. The Watermill Project fuses traditional Korean folk music with jazz improvisation on June 27th, and Vancouver icon Paul Plimley leads a trio on the 28th. Tony Wilson’s Longhand Trio has been playing Vancouver stages for decades now, and on the 29th Jesse Zubot & Josh Zubot join them to play the music of Peder Long. Limbs of the Stars sound exactly like you think a band called Limbs of the Stars would sound on June 30, and Tommy Babin brings his much-missed Benzene project to the stage on Canada day. 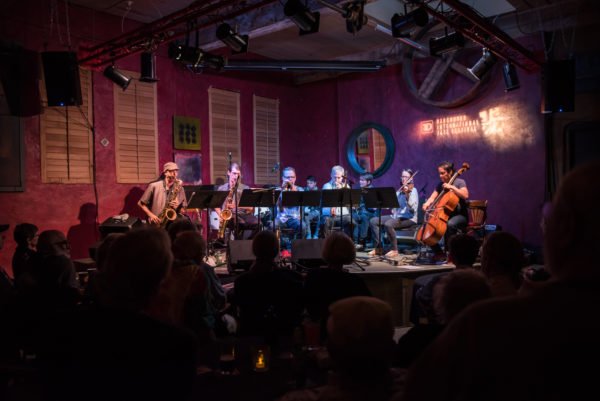 Waxwing, featuring Peggy Lee, Jon Bentley, and Tony Wilson feature their new album on July 02, and Talking Pictures plays their first jazz festival gig in many years on July 03. We end the festival with two duets on July 04: Not For Proper, featuring Lisa Cay Miller & Kenton Loewen, and Kenton Loewen & JP Carter, who have a brand new album out as well.

Whew! Does that sound like a lot? It’s a lot. But it’s a great lot. And I hope to see you there, celebrating the best the Vancouver scene has to offer. 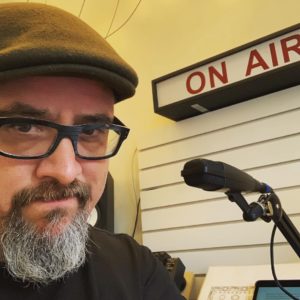 Tim Reinert hosts the Infidels, a podcast about jazz, and recently started a record label of the same name.