Some might call him an overnight sensation but that would be stretching it. Kamasi Washington’s rise to jazz stardom actually began years ago in inner city Los Angeles where he honed his craft alongside his musical companions in the fertile scene around South Central. There, in a club owned by the late, great drummer Billy Higgins, Washington worked on ideas and concepts that would eventually prove to be inspiring and compelling to a lot of listeners. Fast-forward and the 37-year old saxophonist and bandleader is considered the hottest artist in jazz today.

It was the release of his powerful three-disc set, The Epic, several years ago that made the music world take notice. Recorded over a month with a slew of creative musicians including vocalists and strings, the monumental project issued on Brainfeeder (owned by Flying Lotus aka Steve Ellison) deftly interweaves hip hop, classical and R&B elements with jazz in a way that captivates young audiences hungry for new, uncompromising artistic experiences. And, in a fateful nod to harmonic convergence, rapper Kendrick Lamar’s Grammy-winning To Pimp a Butterfly, on which Kamasi and his band mates are important collaborators, came out at the same time; further deepening Washington’s impact on the music landscape.

How does Kamasi feel about his newly elevated platform? He recently told Downbeat Magazine, “I always felt like we had something to give, but we just didn’t have the chance to give it. I always felt that if we had an opportunity to play our music for people, it would speak to them… it seemed like we were doing something that people were searching for.” 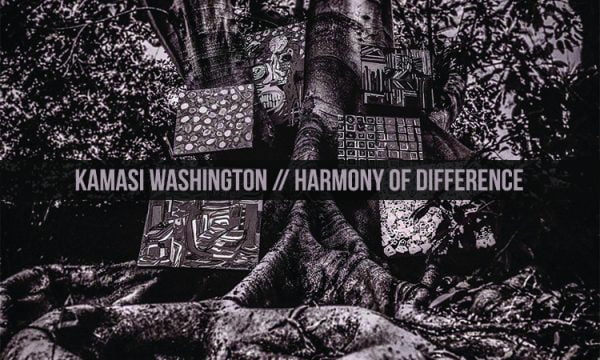 Since the successful launch of The Epic, a recent EP entitled Harmony of Difference, and alongside his important collaborations with Kendrick Lamar, John Legend, and Run the Jewels, Washington has introduced pop, rock, and hip hop fans around the world to jazz. From showcases at Coachella and Bonnaroo to North American and European jazz festivals, he and the players in the collective make a conversational magic that finds popularity in an ever growing multi-cultural, multi-generational milieu.

Can you dig it, Vancouver?

John Orysik is the co-founder and media director at Coastal Jazz and the TD Vancouver International Jazz Festival.