Ever since the early days of ragtime, the piano has been tied at the hip with jazz. It’s hard to imagine the music without it, and it’s been indispensable to pretty much every part of it’s evolution. We’re lucky to have some of the best jazz pianists in the world playing at the Vancouver International Jazz Festival this year, and here are some of the ones you should be looking out for:

Hancock passed legendary status decades ago, and I’m not really sure what he is now. Icon? Grand poobah? Jazz neo-god? Whatever he is, he’s one of the most important figures of the last 60 years of jazz history, and you absolutely cannot miss this opportunity, especially if you’ve never seen him perform before.

Don’t hate me, but I hadn’t heard of Collier before he was announced to play at this year’s Jazz Festival. Yes, I’m an old fuddy duddy. Collier has been getting international acclaim for his innovative blend of contemporary keyboard technologies, video, and fun covers of your favourite soul classics. This one is going to sell out early, methinks.

A few years ago, Coastal asked me to emcee a Davina gig at Frankie’s. I knew the name, but wasn’t familiar with her music at all. It didn’t take long for me to be suitably impressed. I’m not exactly sure how a Minnesotan piano player became so well-versed in the music of New Orleans piano legends like Fats Domino, but she did, and she’s awesome. 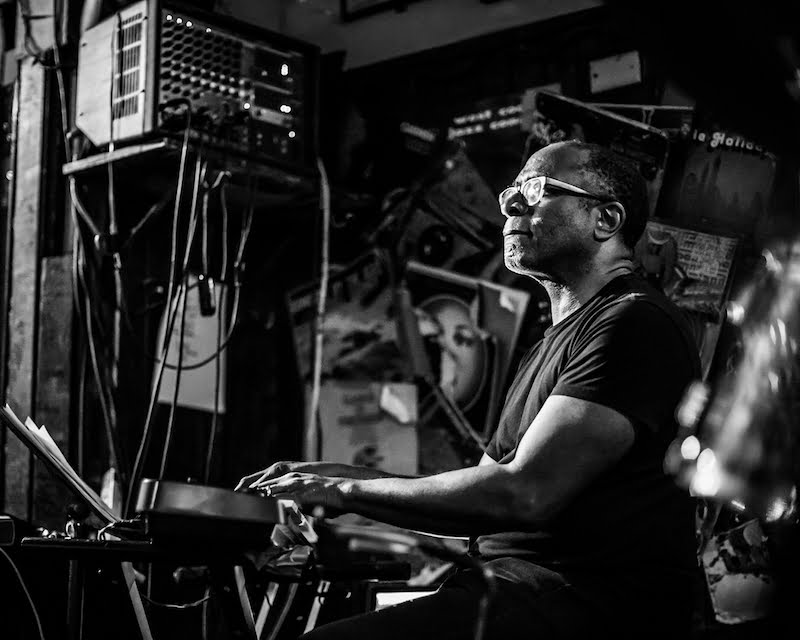 Brian Jackson refers to himself as a ‘Fender Rhodes Scholar’, and for good reason. Not only is he one of the funkiest keyboardists on the entire planet, but the 10 albums he did with Gil-Scott Heron in the 1970s are considered some of the greatest representations of the soul music of the era, and are some of the grooviest groove albums ever made. Jackson has spent the last few years wowing crowds at New York’s Nublu club with his Gil Scott-Heron Songbook show, and now he’s bringing it to Vancouver for the first time. One of my two most anticipated shows of the entire Jazz Festival.

Craig Taborn, with Farmers by Nature (The Ironworks, June 28), and with Kris Davis (The Roundhouse, June 29)

I’ve been fortunate enough to see Taborn perform numerous times with different groups at our Jazz Festival over the years, and he never ceases to surprise and amaze me with his masterful technique and innovative sound strategies. This year, he’s playing with a dream trio that’s bound to be one of the highlights at The Ironworks this year:  Gerald Cleaver on drums, and the one and only William Parker on bass. In addition, he’s playing with Kris Davis at The Roundhouse in a rare piano duet performance following on the back of the magnificent album that they did together last year.

If the only thing that Glenn-Copeland ever did was record his seminal Keyboard Fantasies album back in 1986, he’d be venerated as a genius. But when you add his work writing for Sesame Street, his work as a performer on the Mr. Dressup show, and his decades of work as one of the foremost ambient musicians in our country’s history, you start to realize that he’s more aptly described as a Canadian icon.  I suspect this will be a show that people talk about for years to come.

One of several musicians making their Vancouver debut’s this year is Kaja Draksler, a talented young pianist who was born in Estonia, studied in Amsterdam for years, and is now living in Copenhagen. Her album with Petter Eldh & Christian Lillinger was one of my favourite records of 2018, and I’m really looking forward to seeing her sprawling, percussive style in person. She’s playing in a trio with Vancouver’s own Torsten Muller and Dylan van der Schyff at The Iron Works, and again at the Ironworks with drummer Onno Gavaert.

Kris Davis’ performances with Eric Revis, Tony Malaby, Ken Vandermark, Gerald Cleaver, and others have endeared her to Vancouver audiences over the past few years, and it hasn’t taken her long to become a favourite of our Jazz Festival. Her 2018 duets record with fellow pianist Craig Taborn is pretty much a masterpiece in my book, and they’ll be playing together at The Roundhouse this year. In addition, Davis will be playing in a trio with Ingrid Laubrock and Dylan van der Schyff at The Ironworks.

The first time I ever saw Alexander Hawkins was 15 years ago at The Ironworks, with Francois Houle & Harris Eisenstadt, and I’m excited about getting to see that exact same trio this year at Performance Works.  He’s a truly magnificent pianist, with a command over the instrument that most artists twice his age rarely achieve. His latest solo album, Iron Into Wind will most likely be near the top of the list of my favourite albums of 2019.

If there’s a more dynamic and exciting pianist on today’s contemporary jazz scene, I haven’t heard of them. Reed reminded us of his importance to the music with a brilliant performance with Willie Jones’ band at Frankie’s Jazz Club back in 2016, and I’m so excited to see him again, this time with Eric Alexander’s band at Pyatt Hall. Reed’s heart and soul is firmly in the blues, and that makes him one of my favourite pianists working today.