As a jazz presenters, our very existence is bound to both the historical and current work of Black artists and Black communities.

The past week has seen people around the world, in Canada, and especially in the US, standing up against systemic anti-Black racism and police brutality after the murder of George Floyd at the hands of the Minneapolis Police. This has rightfully led to larger, overdue cultural conversations and reflection, and has meant that many people are tuning in for the first time to work that Black organizations, artists, and activists have been doing for a very long time. The questions come: how do we support Black people in our daily lives? How do we listen to and uplift the voices of Black communities? How can we do better and more active work against anti-racism now, and carry it forward into next week, next month, next year?

There are many conversations to pay attention to right now, and in addition to taking direct action, we also want to take this moment to encourage you to take a look at what you regularly listen to.

Some questions for non-Black audiences to reflect on:

What percentage of the music you listen to is performed by people of colour, especially Black people, especially Black women?
Do you pay for this music? If so, how do you pay for this music?
Do you buy records, or do you stream music? A combination of both? One more than the other?
Do you torrent music?
If you enjoy and benefit from the cultural output of Black people (which you almost certainly do), what are you doing to compensate them for that work?
Are you a primarily passive consumer? Outside of their music, do you engage in and acknowledge their politics, their existence, their rights?

Keep those questions in mind over the next days, weeks, months. We encourage you, especially, to actively think about how to compensate Black musicians whose work you consume. In a time when you cannot buy tickets for in-person concerts (the sales of which account for anywhere from 70-95% of artists’ income), one of the most impactful ways you can support artists is by purchasing their work directly. If you cannot afford to purchase some of the music you listen to, then stream it! Share it! Tell other people about it so they can purchase it!

On that note, we have some suggestions – here are some of the incredible Black & African-Canadian musicians who are from or who work in BC:

“Guitarist and singer Alpha Yaya Diallo, from Guinea in West Africa, is one of the hottest acts on the current world music scene. Now based in Vancouver, Canada, he’s earned a matchless reputation internationally for the excellence of his musicianship and the excitement of his live shows – whether performing solo or with his band Bafing.” 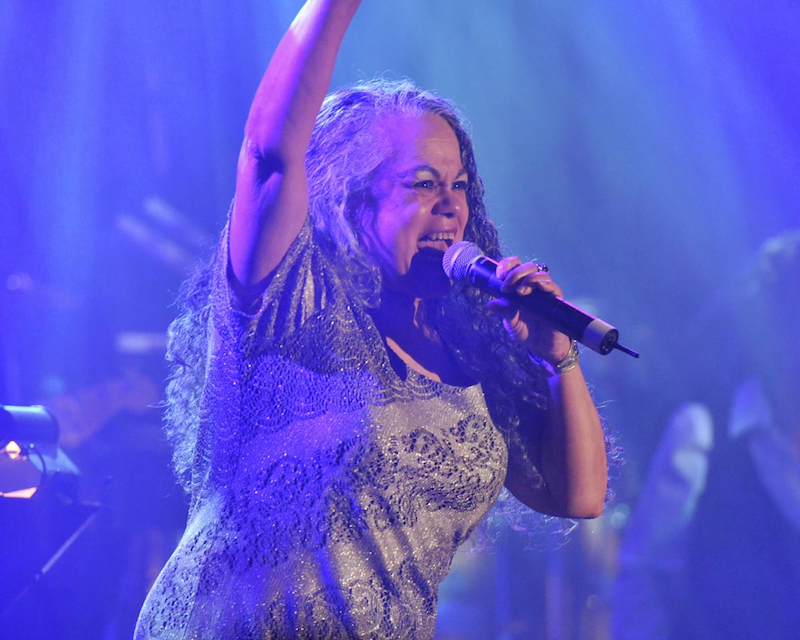 “Dalannah Gail Bowen is a versatile high-energy vocalist whose experience as a performer ranges from intimate nightclub and café shows to fronting big bands and concert tours. Dalannah has known her share of the blues, but she’s also known her share of joy, and it’s to her credit that joy and triumph are the feelings that stay with you after listening to her music, or catching her in performance.”

From her recent Coastal Jazz interview:

“My music is definitely motivated by rhythm and can be described as funk, jazz and soul all rolled into one. I really love all different styles of music and am drawn to styles of music that allow for improvisation. I love music that invites the performers and the listeners to interact, music that leaves room for the individual and for Spirit to take hold. I always try to approach my music making with a sense of trust, love, spontaneity and a dash of reverence. I really aim to get out of the way and be a conduit for something bigger than myself, this is how I want to be of service in the world.” 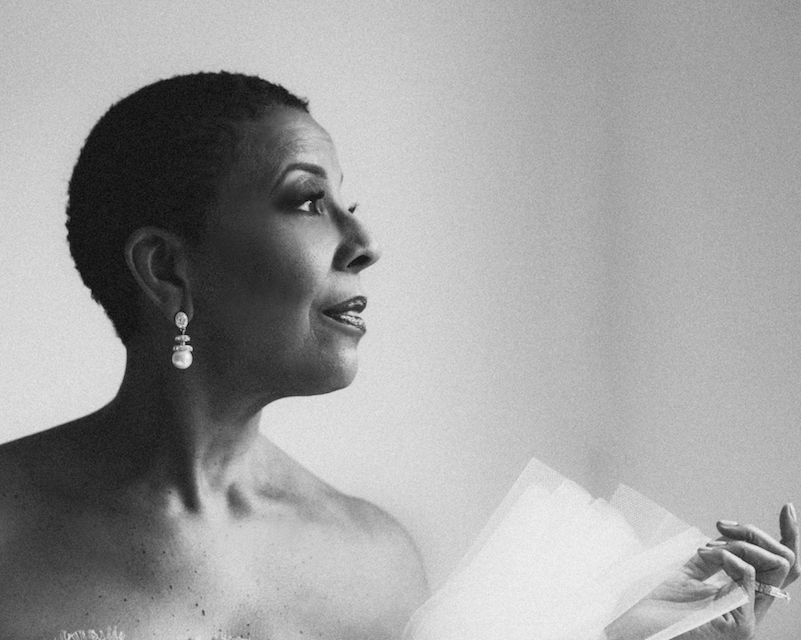 “Whether accompanying herself at the piano, fronting a trio, big band or symphony, Dee Daniels’ musical career is as varied as her four-octave vocal range is thrilling. She is a unique talent who transcends musical borders when she brings her jazz styling, infused with gospel and blues flavoring, to the stage. One critic says, “Daniels’ voice has a hypnotic quality, delivering an impressive range that gives the romantic songs and verse of 50 years ago new life and raw emotion.””

From his website:
“Khari Wendell McClelland is a diversely talented and ever-evolving artist. Originally from Detroit, Khari has become a darling on the Canadian music scene with reviewers lauding his performances as a clever mix of soul and gospel. Khari’s songwriting crosses genres and generations, joyfully invoking the spirit of his ancestors who straddled the US-Canadian border in efforts to escape slavery and discrimination.  His music draws from this rich history, integrating the rhythms and folklore of early African-Americans with contemporary sounds and stories of struggle. Recently, Khari received critical acclaim for his Freedom Singer project, recreating the music fugitive slaves carried on their journey north into Canada. Khari also performs with the Roots Gospel group The Sojourners. Whether on stage or in the studio, Khari’s passion for community, equality and justice is palpable, as is his belief in the redemptive power of music.”

“Marcus is a member of the Entertainment Hall of Fame, The Sojourners (singing trio), and has sung throughout North America, Europe, Asia, Africa, the South Pacific, Australia and the Middle East.

Originally from Ralls, Texas, Marcus grew up immersed in the music and culture of the Gospel tradition.  He moved to Vancouver in 1985 and became a Canadian citizen in 2008.  In 2016, he was inducted into the B.C. Entertainment Hall of Fame.” 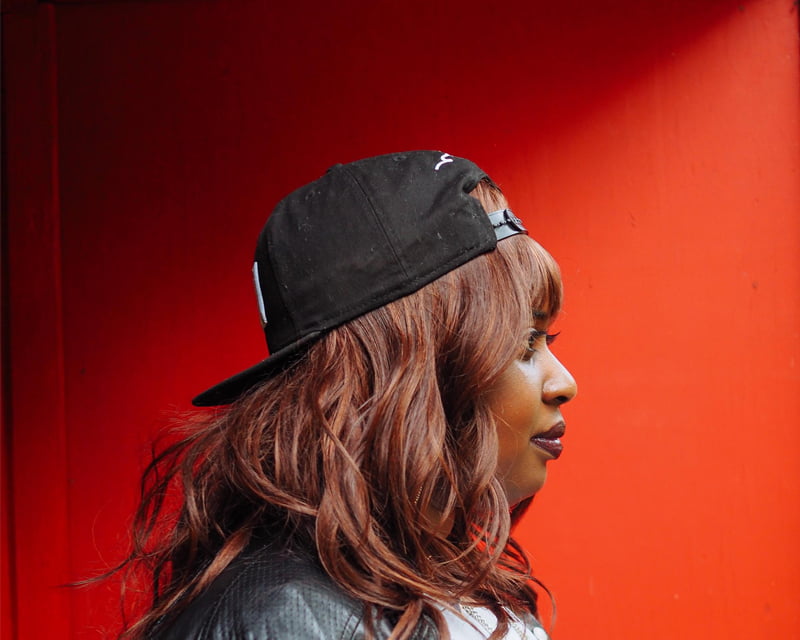 “Throughout the course of her musical career, Missy D has won over the hearts of music lovers from all walks of life rapping in both French and English. From the Motherland to Vancouver, she is now performing at a variety of venues all the while recording new singles with Laydy Jams and various local talents.

Missy D has earned the admiration and affection of countless fam, serving as both inspiration and sister to fellow dreamers.”

“Two-time Juno nominated Ndidi O is a larger than life figure, a force of nature with a voice that sounds and feels like a long lost friend. Hailing from the wilds of British Columbia she found her voice in the “open mic” scene in New York, discovered her sound in the heart of Toronto’s blues and folk scene, and fine tuned her live show across Europe.”

“Tonye Aganaba is a multidisciplinary artist, musician, and facilitator residing on the unceded territories of the Squamish, Musqueam & Tsleil-Waututh First Nations. Their new album ‘Something Comfortable’ is an intentional and devotional endeavour inspired by their battle with Multiple Sclerosis.”

A note: we selected these musicians because we have presented them at our festival before and have consequently had working relationships with them. We acknowledge that there is an immense variety of very excellent music by Black musicians out there beyond those listed here! We absolutely encourage you to explore and find new music to listen to and support – (consider following #blackmusic #blackmusiccanada and #blackmusicians on Instagram and Twitter).