Tell us a bit about yourself!

My name is Jamie Lee and I’m a jazz drummer/composer based in Vancouver. I graduated from Capilano University’s Jazz Studies program in 2019, majoring in performance. I put out my debut jazz record “Introspective” in February 2020 with my trio.

When you’re not playing, what are some things you love to do?

I love indoor climbing (bouldering)! I got into it about two years ago and since then I’ve been going regularly. I often feel like bouldering is similar to playing instruments. You have to engage both mind and muscles, and it feels so good when you conquer a problem after working on it for a bit. Also, it’s a very fun work out – much better than going to the gym.

I also got into making kombucha during the pandemic. I’m usually so bad at making stuff or keeping things alive but my booches have been nothing but really loyal and good to me. I highly recommend trying it yourself!

How do you think the pandemic has affected you as a musician? How has your performance practice shifted (if at all)?

I’d be lying if I said it didn’t affect me, but it hasn’t been all that bad. In the beginning, it was difficult to accept that I had to scrap everything that I had planned for the year. And without any foreseeable gigs or tours, I felt a little bit lost for which direction I should take the project to keep the momentum.

The thing is, I did much less performing or practicing compared to the year before. But instead I put lots of time on improving my mental health and learning how to slow down. It was a much needed break that allowed me to take time to rebuild the creative process that actually works for me.

Also, I learned how to use Logic Pro X to produce, write, and mix music on my own. I have been putting together a composition portfolio for film scoring and video game music.

What are you most excited to do when the pandemic is over?

I really miss my friends! I’m so excited to party and hang out with them and go see live music together again. I would love to travel  the world as well. Both as a touring musician and a hardcore tourist haha.

What are the top 5 albums that have shaped you as a musician/influenced your ideas about music-making?

It’s the first ever jazz record I listened to. It was so mind blowing and fun that made me decide to be a jazz musician. Art Blakey’s powerful playing is still so inspiring.

Another classic jazz record… I once played a lunch hour concert at Cap with Brad Turner playing this entire record. It really kicked my butt and I had to learn how to play more “open” than just “ting-ting-ka-ting”. Still work in progress haha.

I’ve listened to this record about… five million times. The wide spectrum of style and use of sounds of this album inspired me to make my album in similar fashion. It’s so complex, yet very direct. It’s easy to pick up what Esperanza wants us to hear, but she also offers true heavy stuff intertwined for those who want it.

I mean, it’s Snarky Puppy. Each one of them are true masters and it’s so fascinating to witness how they work together and make beautiful music. In  this album, they also bring in amazing guest musicians and arrange their music in the Snarky Puppy way. I discovered so many musicians through this record whom I still listen to a lot including KNOWER, Laura Mvula, Becca Stevens, Charlie Hunter, and many others.

I believe I was in my 2nd year at Cap when I saw Allison Au Quartet at Tangent Cafe. They were touring across Canada with their new album “Forest Grove” back then, and it was a total coincidence that I went out to Tangent with my friends that night. The entire night, I couldn’t focus on what my friends were saying, but instead I was captivated by those young musicians interacting and improvising on super crazy awesome cool compositions. I’m usually quite shy but I worked up the courage and went up to Allison after the show. I told her that one day I wanted to make my own jazz album and that I was wondering how her projects came about. She showed me the real hand-written sheet music of the compositions and answered all my silly questions. Then she told me she’s excited for me and for my album in the future. Gosh, Allison then won the Juno with “Forest Grove” and got nominated again with the latest album “Wander Wonder”. What a badass musician and a kind human being.

What can people expect from your Winter Jazz performance?

We will be performing the songs from “Introspective” AND some new songs that will be featured in the second album(!!). We will also be playing few compositions written by James and Marcus. We are really excited to perform the songs live again and share them with you all. See you all soon!!!

Jamie Lee and her trio—featuring James Dekker piano and Marcus Abramzik bass—are performing a free show on Saturday, February 20 at 12:30PM as part of Winter Jazz on Granville Island. RSVP using the button below. 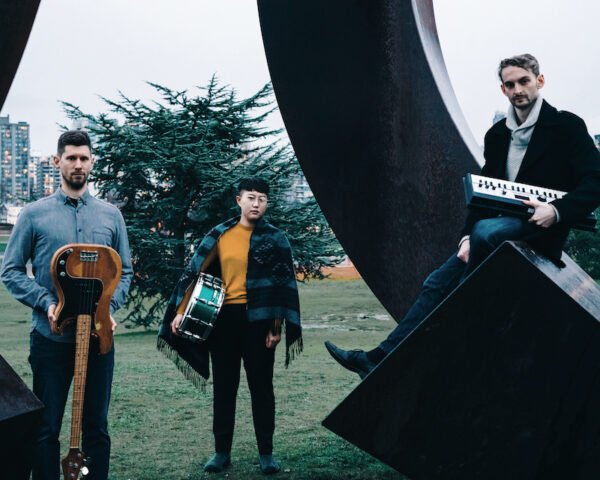