There are certain instruments that have become part of the traditional jazz canon – drums, double bass, saxophone, trumpet, guitar – the list goes on. This year’s TD Vancouver International Jazz Festival has plenty of traditional instrumentation, with the expected trios, quartets, and big bands, but there are also a handful of unusual instruments making appearances throughout the week. If you’re looking to catch something out of the ordinary, this is your guide.

While you can find double bass and guitar in countless jazz ensembles, other string instruments like cello, viola, and harp are more typically found in classical and folk groups. Curious to hear them in a jazz setting? We’ve got you covered.

You can hear French cellist Valentin Ceccaldi in two different shows that are part of our Innovation Series: 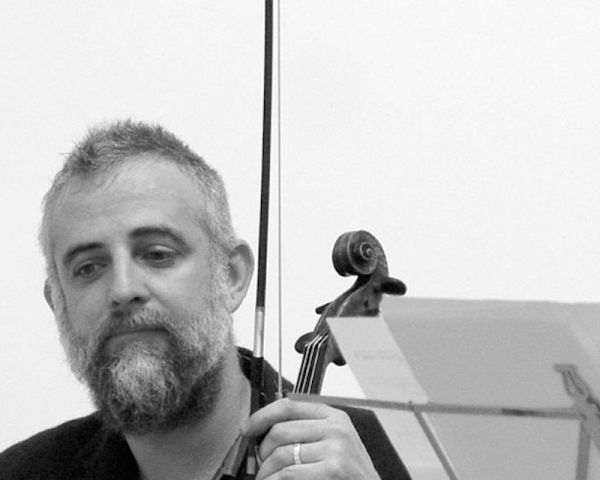 Elisa Thorn’s HUE uses harp, drums, bass, and vocals to create a bold and evocative world of sound. You can catch them for free at the Granville Island Public Market on Friday June 29 (noon).

Perhaps the most dazzlingly different instrument you can find at the festival is the lumiphone – a glass marimba created by Benton Roark. It is the only one in the world of its kind, and it has a unique connection to Vancouver. 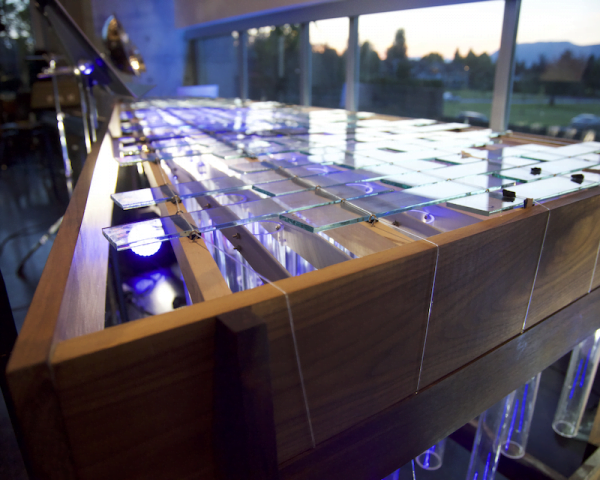 Initially inspired by Harry Partch (an American composer who built his own marimba) and the water and glass that dominate Vancouver’s soundscape and architecture, Roark set out to create an instrument of his own that would play with the concepts of light, reflection, and colour. The result is an illuminated glass marimba with a dizzying array of keys: five rows, 93 keys, three octaves in 31-tone equal temperament.

As for how it feels for performers, Roark says the lumiphone is, “… at first glance, disorienting to say the least. There is the question of glass: it is difficult to see where one note ends and another begins because everything is transparent. Add to that lights shining upwards from underneath, and you compound the challenges.”

There are a few performers who have taken to it despite its difficulty – most notably Sal Ferreras, who will be performing on the instrument with Hard Rubber Orchestra on Saturday June 30 at Performance Works. If you’re curious what to expect, check out this video for a sneak peek:

Closing out our list of unusual instruments as well as the festival is the infectious bhangra/funk/hip-hop fusion of Red Baraat. The band’s composition includes both dhol and sousaphone, which stand out among a group of more traditional jazz sounds. NPR calls them “the best party band in years”, and their headlining show at David Lam Park is sure to get you dancing. Catch them on the Main Stage at 8:45PM this Sunday, July 1.

So whether it’s the dhol, lumiphone, or harp, try checking out something new this week. There’s lots to see and you can’t go wrong!