I had loads of fun at Granville Island Jazz on Canada Day last year. The sun was shining, Granville Island was bustling with all of the Canada Day celebrations, there was amazing live music, food trucks, arts and crafts booths, henna stands… all of my favourite things!

But let me tell you… getting there was NOT fun. I live in Surrey, so it’s a bit of a trek for me to get downtown during the festival, especially to the island! As soon as I arrived Downtown, I devastatingly watched the number 10 bus I needed to take to get to Granville Island drive off into the distance. I hopped on the next number 10 bus but by then I had already realized I was going to be late to MC Granville Island…I was the MC for several of the Granville Island stages that day so I had a huge responsibility on my shoulders. Fast-forward, I arrived at Granville Island, sweaty and hot from running around downtown. Fortunately I arrived JUST in time at Performance Works to introduce the band, dripping in sweat and a hot mess…. Alas. But I made it!

One advantage about Granville Island Jazz (Or even the Jazz Festival itself) is how accessible the shows are. At Granville Island Jazz, I could jump around from one show to the other if two performances I liked were happening at the same time. Also, they’re all free.. so that adds to the accessibility of the shows! The shows run all day long at Performance Works, Railspur District Stage, Public Market Stage, and Ron Basford Park Stage so you can be sure to catch something! I started my day at Performance Works as my first MC gig was there; afterwards I strolled over to Railspur District Stage and Public Market Stage which are short distances from eachother. Indoor performances are special in their own way, but in the summertime I’d much rather be outdoors so I spent a big chunk of my time just sitting in the lawn chairs in front of the outdoor stages and enjoying the music with a cold drink in my hand! (There are Mill. St bistros nearby) I especially enjoyed watching people get up and dance. Good vibes all around! 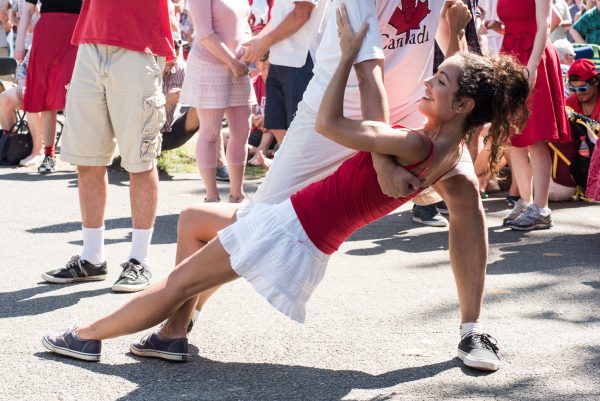 When I wanted a break from the music, I walked over to the booths set up on the island, and checked out all of the goodies each booth had to offer. I had curry for lunch (there was a delicious Indian cuisine booth there, and many other cuisines if you weren’t feeling Indian). There was even a henna stand! 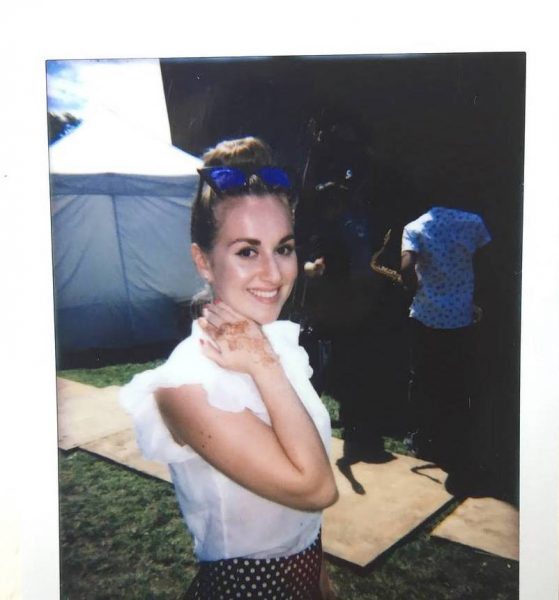 I couldn’t resist getting some Henna myself!

One of my favourite shows at Granville Island was the Gabriel Palatchi Trio… Hailing all the way from Argentina, they are a latin-infused jazz band led by the Argentine pianist Gabriel Palatchi. The trio’s sound stretched from tango, to Afro-Cuban, Arabic, Salsa, and funk! I was never bored and there was always something new happening with the music!

I also checked out Black Gardenia at Ron Basford Park Stage near the end of the day. After a long day of upbeat dance music and the sun getting to my head it was nice to sit on the grass in the shade, with my colleague and friend Zoe Quinn, and unwind listening to the soothing voice of Daphne Roubini and her bright ukulele. 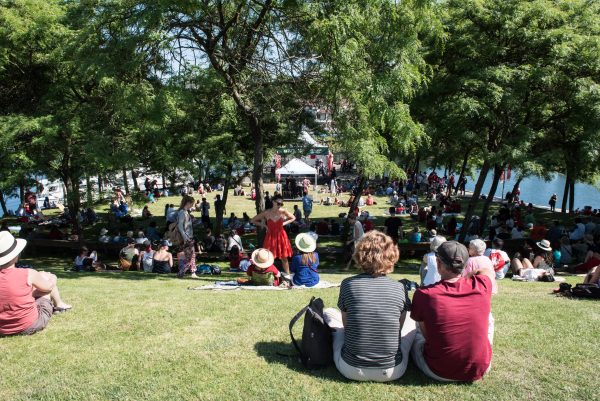 After Black Gardenias performance I took the ferry from Granville Island to David Lam Park to catch some of the action there! I hung around for a bit but not for long as I was absolutely exhausted and called it a day.

I hope you can make it out to some Granville Island jazz on Canada Day and it’s an unforgettable experience!