#VanJazzFest 2019 is almost upon us! In preparation, our pal and jazz bon vivant, Tim Reinert takes you on a walk down memory lane of his Top 10 Most Memorable Jazz Fest Gigs. You may know Tim from his podcast The Freedom Jazz Dance and as emcee extraordinaire of our Ironworks Series!

The 33rd annual Vancouver International Jazz Festival is right around the corner, so I thought I’d take a minute to jot down some of the most memorable concerts from the 23 years that I’ve been emceeing shows there. This isn’t necessarily a “Best Of” list, or even a list of my favourites, but rather 10 memorable shows that have stuck with me over the years. Festivals like this are about creating memories, and these are some of mine. 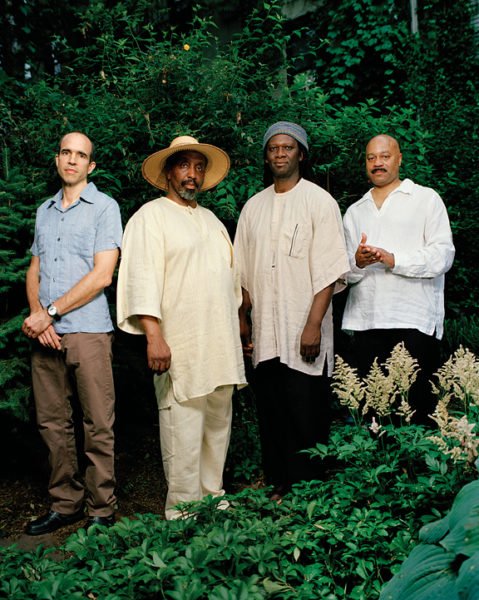 I had been emceeing Jazz Fest shows for quite a while by this point, but I was really nervous about introducing Parker and his quartet. He’s one of my all-time favourite bassists, and was at the height of a critical and creative peak in 2004. And so I said “I’ve been following William for years, and not in a creepy way,” and it got more laughs than it should have. Way more. It was a whole thing. The concert itself was absolutely sublime, and I’m really excited about seeing William Parker again at The Iron Works this year. 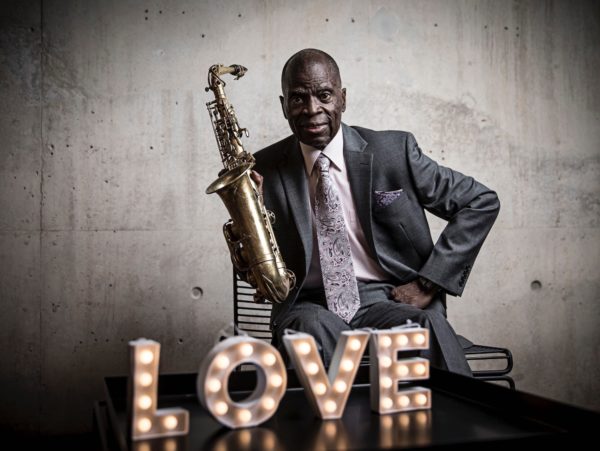 This was my first Jazz Festival, and I was reeling at all of the musical options that I was being exposed to. I was pretty much only into jazz at the time, and while I “knew” who Maceo Parker was, I didn’t really “know” who he was. Twenty minutes into one of the very last shows at The Commodore with the old floor (and to this day, the best show I’ve ever seen at that venue), and I was initiated into a world of funk and soul that I barely knew existed. 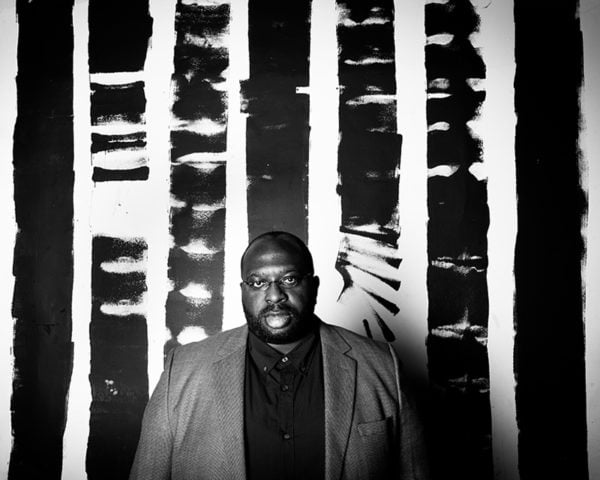 I’ve been lucky enough to emcee dozens, if not hundreds of shows at The Iron Works over the years, and so it’s tough to to say that one is my “favourite.” But if I had to pick, Darius Jones’ first appearance at our Jazz Fest, with an all-star band featuring Orrin Evans, Nasheet Waits, and Eric Revis, might take the cake. I vividly remember so many of The Iron Works regulars having their jaws figuratively drop to the floor as they were exposed to this incredibly creative saxophonist for the very first time. He’ll be playing at The Iron Works again this year, with Dylan van der schyff, Peggy Lee, and Angelica Sanchez. 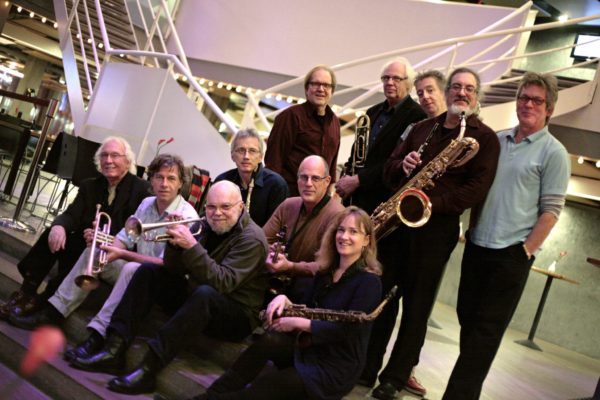 My third Jazz Festival, and Ken Pickering’s love of the European scene was starting to become evident. The Kollektief was over 30 years old by that point, but sounded as fresh and vital as they did in the early 1970s. This was the beginning of my interest in large jazz ensembles, which continues to this day. 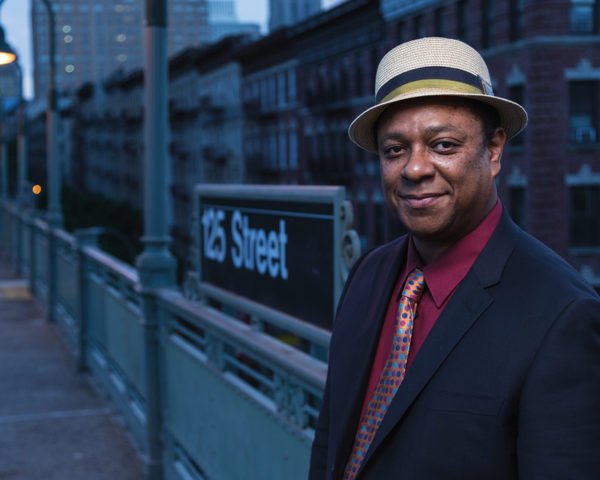 One of my favourite parts of Jazz Fest in recent years is it’s recommitment to “straight ahead” jazz, and Pyatt Hall has been the place to get your fix for it. Herring swung HARD that night, and led a crack band featuring David Kikoski on piano, bassist Yasushi Nakamara, and one of my very favourite drummers, Carl Allen. Pyatt Hall’s line up is equally great this year, so make sure you check out it out. 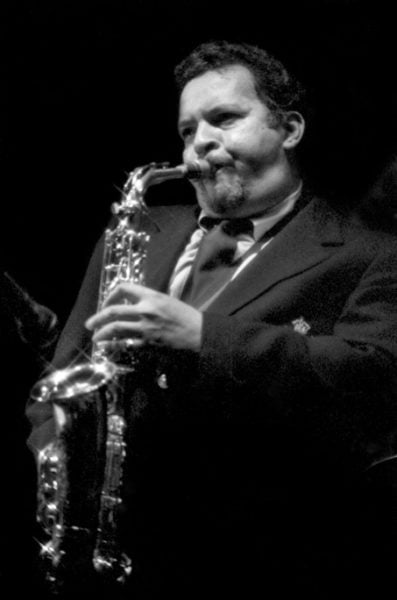 This was my second Jazz Festival, and I could not believe that I was getting the opportunity to see living legends that I had only listened to on CD up till then. McLean’s band featured his son Rene, as well Eric McPherson and Steve Davis, who were just starting to build their names.

Any Vancouver jazz fan worth their salt has seen Brad Turner’s exemplary and long-running Quartet, featuring Andre Lachance, Bruno Hubert, and Dylan van der schyff. But on this night, 21 years ago, they had two special guests who popped in unannounced. Anderson & Gordon were members of Wynton Marsalis’ Lincoln Center Orchestra at the time, and had just finished their own gig downtown. They zoomed up to Studio 16, asked if they could sit in, and together the seven of them put on a cutting contest that is still talked about amongst Festival veterans. This tradition has continued at Frankie’s Jazz Club where you will occasionally see festival headliners sit in with Mike Allen’s band during his 11:00 p.m sets every night during the Festival. 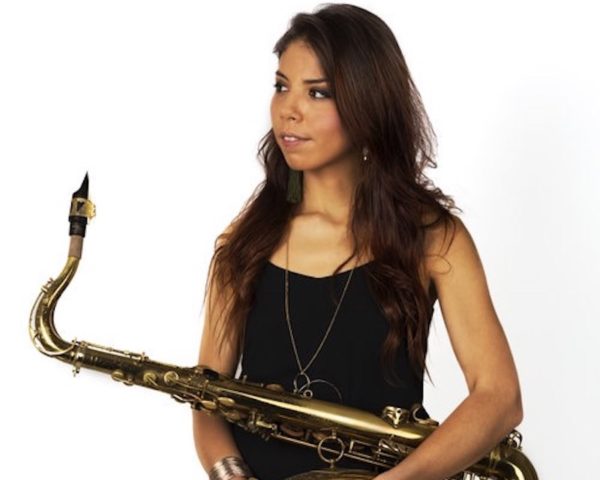 In 2014, Aldana wasn’t nearly as well known as she is now, and a lot of The Iron Works regulars weren’t sure what to expect from her. It didn’t take long for the entire room to be convinced, and now that gig is whispered about with a hushed reverence usually reserved for Blue Note legends. She’s the real deal. She’s playing again this year, this time at Performance Works. 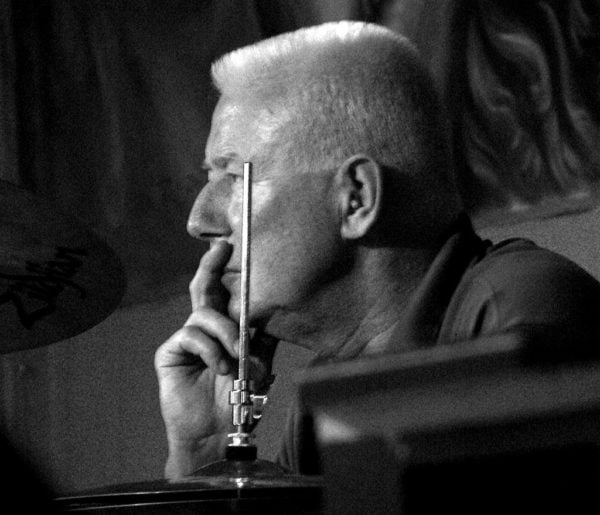 I’m cheating a little here, as I’ve been fortunate enough to see Bennink dozens of times over the years, at numerous venues and with many different collaborators. If I had to pick a Jazz Fest MVP, Bennink would be it. He’s been at the forefront of the European avant-garde scene for over 50 years, and has been a regular visitor here since almost the very beginning of the Festival. Not only is he a master drummer, but he’s also an entertainer, the way that few jazz musicians are these days. 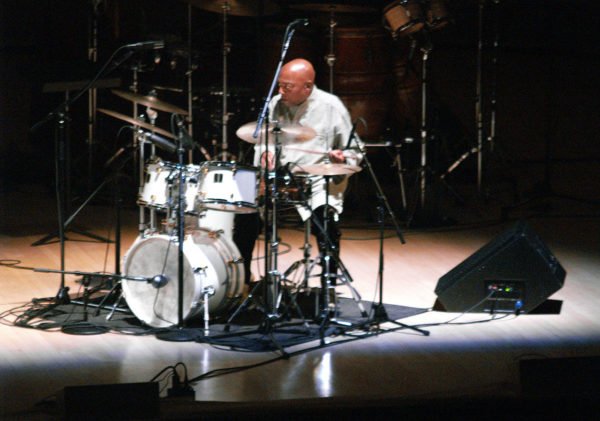 Touring musicians are used to overcoming adversities, but rarely has one had to deal with so many in one evening. First of all, what was supposed to be the Roy Haynes Quartet became the Roy Haynes Trio because the bass player missed a flight.  Secondly, pianist Dave Kikoski had broken his left arm in Calgary the day before. I don’t play the piano, but I’m fairly certain it’s a two handed gig. And yet Haynes, Kikoski, and Ron Blake persevered, and gave us one of the greatest jazz festival gigs of all time, even though they were missing almost 40% of the hands that were originally booked to play. Haynes turned 94 recently, and is still going strong.