I am delighted to deliver the 17th edition of the North Shore Jazz Series in partnership with the TD Vancouver International Jazz Festival! 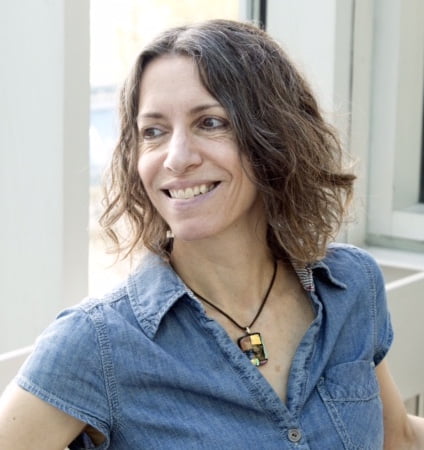 Fiona Black, Director of Programming at BlueShore Financial Centre for the Performing Arts.

Nestled in and around the majesty of the North Shore, the NSJ series aims to provide a mix of ticketed and free events, in-doors and out, to suit the tastes of most everyone.

Kicking off the series on June 22 at the West Vancouver Memorial Library will be a free performance of the Delvon Lamarr Organ Trio, an up and coming act from Seattle who debuted their first record release Close But No Cigar at #1 on Billboard’s Contemporary Jazz Album chart. Did I mention that they are funky as hell and that it will be their Vancouver debut? Come check out their infectious grooves for yourself.

Join us for the opening Festival weekend with two more free performances starting with a collaboration between Ayrad and François Houle at Civic Plaza on June 23 at 1pm. You can get your dance groove on for Ayrad, a Moroccan-led group based in Montreal. Local clarinet wiz, François Houle, will be joining them adding some extra spice to the mix.

Next up on June 24 at 1pm in Lynn Valley Centre, local Latin-fused Mazacote, will transport you to Cuba or Colombia with their festive horns and driving beats.

Our ticketed shows at The BlueShore at CapU feature a variety of fresh acts. Americana songstress Eilen Jewell is up first on June 26. With her long-time bandmates, including legendary guitar ace Jerry Miller, Jewell brings her deep rooted country blues sound, featuring material from her latest release Down Hearted Blues, a collection of rare bold blues covers. A big hit at Vancouver’s Folk Music Festival last year, come see her in the intimacy of The BlueShore stage.

Drummer/vocalist extraordinaire, Jamison Ross and his swinging band, will bring their soulful, New Orleans inspired jazz to the BlueShore for another debut performance on June 27. It wasn’t enough for Jamison to be a Thelonius Monk Institute Award-winning drummer. When he tried his luck with his voice, his debut vocal release would earn a Grammy Award nomination. Not bad for a rookie! Come see this rising star in the jazz world and you can say you saw him when.

Our final performance at the BlueShore on June 28 will feature two legends in their own right; Marc Ribot, the maverick guitarist who has blazed a formidable trail and perhaps is best known for his signature sound with Tom Waits and Los Lobos frontman, David Hidalgo, another innovative artist with prodigious guitar licks. This highly anticipated pairing will be sure to deliver a revelatory and transcendent performance.

The NSJ series moves downtown to Lolo (Lower Lonsdale) to the wonderful intimacy of Presentation House Theatre for a special performance featuring Keith Bennett and Miles Black in a harmonica heavy homage to Toots and Stevie on June 29. It’s an ode to two musical visionaries: Jean-Baptiste “Toots” Thielemans and Stevie Wonder, and their love of the humble harmonica. Thielemans brought the chromatic harmonica to jazz, and Stevie Wonder brought the chromatic harmonica to R&B. In this special homage, the Canadian musical notables Keith Bennett and Miles Black (along with Joel Fountain on drums and Andre Lachance on bass) will perform jazz standards and vocal classics befitting both legends.

The NSJ series concludes with local sensation Coco Jafro, a seven-member collective which has been described as “eclectic and hard-hitting. Think Santana gigging with Fela Kuti garnished with hints of Sade, The Brand New Heavies… even the whole Dap Tone thing! Yes, sounds odd – but it works” [soulandjazzandfunk.com]. Coco Jafro will perform at 1pm on June 30 at Civic Plaza (14th and Lonsdale).

Whatever your beat is, North Shore Jazz has you covered. From danceable outdoor shows in the June sun, to compelling headliners gracing the North Shore’s most popular stages, enjoy the 10 best days of the summer with great music choices on the North Shore from June 22 – July 1.

For tickets and info on North Shore Jazz: capilanou.ca/centre

Fiona Black is the Director of Programming at the BlueShore Theatre at Capilano University and presenter of North Shore Jazz.