Matt Mitchell is performing a solo show on October 25, 2017 at the Western Front. To find out more about Matt’s latest project, førage, our Artistic Director Ken Pickering did some digging… 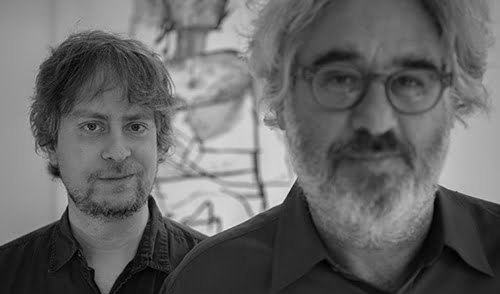 Coastal Jazz’s Bright Moments concert series kicked off with an incendiary next level concert by Brooklyn elder Tim Berne and his Snakeoil ensemble on September 24 at the Western Front. In a hot and steamy room, the concert brought back memories of long past jazz festival sweatbox gigs some two decades ago that veteran listeners might remember being somewhat of an endurance test! But it was cool *smile* with a full house, packed with lots of familiar faces and plenty of new ones (to me) as well. For myself – having presented Tim’s first Vancouver play in this same room back in 1981 – it was a big thrill to see and hear this band at their peak. Snakeoil took charge of the room and gave it their all for 90 minutes. The standing ovation was well deserved.

Among the many highlights of our evening with Snakeoil was the opportunity to hear pianist Matt Mitchell at length. This young man (40) appears to have it all; he’s officially emerged to take his place in the top pantheon of a new generation of pianists – along with Craig Taborn, Kris Davis, Jason Moran, Benoit Delbecq, Alexander Hawkins, and a few others – in today’s contemporary / creative music / jazz scenes. In fact, it was Tim that first brought Matt’s playing to my attention back in 2009 when he sent me some files of a previous edition of this band called Los Totopos. Matt was an ear opener and I’ve been trying to follow Matt as closely as possible ever since.

Nate Chinen describes Matt as “a pianist of burrowing focus and an indispensable fixture of the contemporary vanguard,” and that quote pretty much nails it. A savant – pianist and composer with musical interests that range far and wide to include Morton Feldman, Xenakis, and Messiaen to Miles Davis, Cecil Taylor and Evan Parker as well as a deep and very personal connection to extreme metal. This handful of examples really just scratches the surface and I’m sure it’d be a lot of fun to have a deep listening session with Matt. To read more about his interest in metal (and other stuff) check out this informative interview with Hank Shteamer.

Read the full interview in Heavy Metal Bebop: Pianist Matt Mitchell on the Bonds Between Jazz and Metal, and His Hard New Album

Over the past decade it feels like Matt has never been far from the center of the action. In addition to Tim’s projects Matt has collaborated (and is a core member of bands) with Dave Douglas, Rudresh Mahanthappa, John Hollenbeck, Anna Webber, Dan Weiss, Kate Gentile, Steve Coleman, Ches Smith, Michael Attias, Darius Jones, Quinsin Nachoff, and Mario Pavone.

Check out this short clip of Dan Weiss’ New Quintet with Matt and Craig Taborn!! Trevor Dunn and Ben Monder:

The list of heavyweights he’s performed with is even more extensive. Fair to say that Matt Mitchell is one of the most in demand pianists on the left field music scene. Matt also leads several ensembles that include some of the finest improvisers on the scene. To that end his brand new disc is a 13-piece large ensemble recording, A Pouting Grimace(PI Recordings) that includes cohorts Ches Smith, Dan Weiss, Anna Webber, Sara Schoenbeck, Kate Gentile, and conducted by Tyshawn Sorey. It’s so new I haven’t yet heard it (to my chagrin) in any case the reviews in so far have given the album top marks. Might possibly be a candidate for record of the year.

Now on to the main event:

“No one knows my music better than Matt.” – Tim Berne 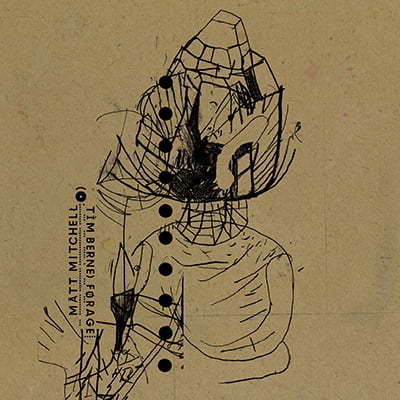 Please consider all of this verbiage to be a preamble, setting up and giving context to the artistry of Matt Mitchell (an overview if you will) that we hope might encourage some of our adventurous listeners to check out Matt’s solo show at the Western Front; he’ll perform solo piano music of Tim Berne – a program entitled førage that was recently released on Tim’s Screwgun imprint (in beautiful gatefold packaging with graphics by Steve Byram) and is also available digitally.

A virtuoso pianist, Matt explores the full range of Tim’s music, drilling deep to discover a different, rarified, more oblique beauty (sometimes slower and more melodic) that isn’t always immediately evident in the density of Tim’s ensembles. The result, I think is one of the most successful albums of solo piano in recent years and will repay repeated listening (which I’m doing right now on repeat). That’s all to say that I really love this music. Matt’s solo concert will very likely be one of the years best! Not to be missed if you’re a fan of piano music. Period.

And, in case you need more evidence, here are six dynamite reviews of førage:

The date of the show is October 25 – see you at the Western Front!
BUY TICKETS NOW