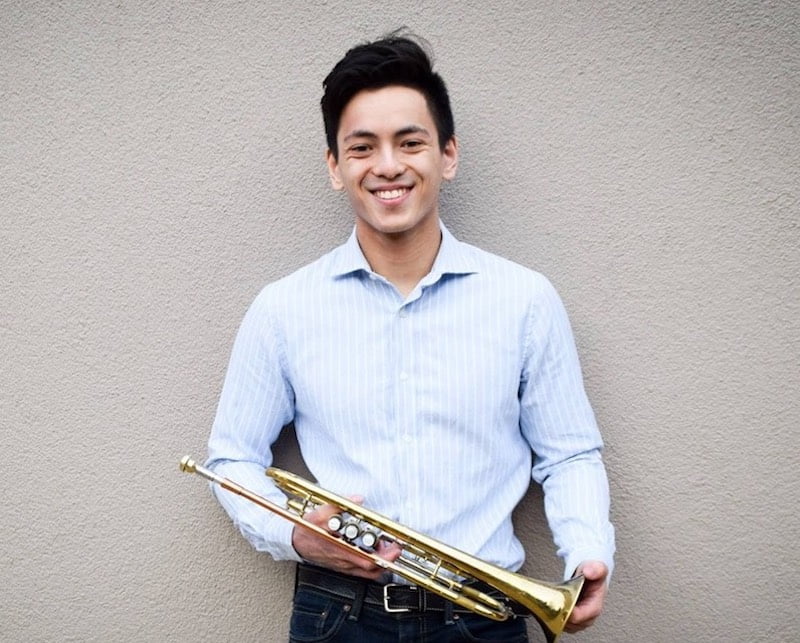 I like to think that I’m familiar with the Vancouver jazz scene, but occasionally I miss out on an artist until they’re so talented that even a dummy like me can’t miss them.

But miss him I did, until last fall when I finally got to hear him in a small group setting. I’m now a fan, needless to say. That’s why I’ve picked his upcoming show at Pat’s Pub for gig of the week. Though he’s been playing with his dad since he first started learning the trumpet, they hadn’t played many gigs together until last spring. They’ve been doing sporadic shows together ever since, paying tribute to the music of trumpeters like Tom Harrell, Ambrose Akinmusire, Woody Shaw, and Freddie Hubbard, as well as playing Bailey-Mai’s originals, which have been arranged for two trumpets.

I asked him about the gig this Saturday. “Overall, we’re playing works that showcase our most recent creative endeavours, as well as classics that touch on what we love to listen to from artists that inspire both of our individual voices on our instruments,” he said.

The band will feature David Blake on guitar, Stephen Edwards on bass, and Joe Poole on drums. They’ll be doing three sets between 3:00 p.m, – 7:00 p.m. and it’s absolutely free! If you’ve never checked out the Saturday afternoon shows at Pat’s, this is a fantastic way to start.

Tim Reinert is a Vancouver-based writer and broadcaster who worked in the music retail industry for over 15 years.

He is the current president of the board of directors of the Vancouver Improvised Arts Society,  and has been emceeing various jazz and improvised music shows for Coastal Jazz and other organizations for 25 years. He also hosts the the weekly jazz internet show ‘The Infidels’, which can be found here every Monday afternoon.