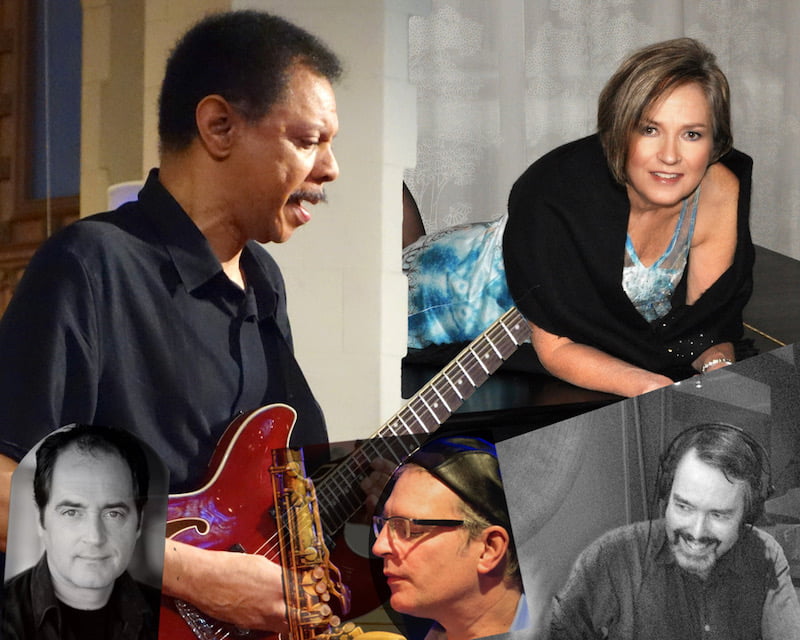 Soultrax 4Tet – A Tribute to Benson, Breezin’ and the B3 Organ

An unparalleled experience for George Benson lovers! Featuring both the early Benson bebop, and the extensive catalogue of his greatest hits while honouring B3 Organ icons. A rare musical treat!

In 1966, guitarist George Benson’s first CBS record It’s Uptown It’s George Benson, featuring organist Lonnie Smith, was released. George had recorded extensively with Lonnie Smith as well as organists Jack McDuff and Jimmy Smith, but by the time Benson’s GRAMMY award-winning album Breezin’ was released, the Hammond B3 organ had given way to the electric piano and synthesizer. Now over fifty years later, Olaf de Shield and Fran Jaré have put together a tribute, retrospective, and reimagining of Benson’s career, spotlighting well known songs by Benson.

Olaf de Shield, a guitarist’s guitarist, is a master at his craft incorporating a wide range of Blues, Jazz, and Funk stylings – always striving for exhilarating and exciting solos.

Fran Jaré is at the real Hammond B3 organ and will feature compositions by some of the great B3 Organ icons. Jaré practically grew up on the B3 and cut her teeth playing in jazz bars in her hometown of Chicago. Fran has recently been busy promoting her latest CD, Copy Cat Coo Coo, with interviews on CBC Hot Air and concert performances with Soultrax at the Silk Purse, Frankie’s Jazz Club, Pat’s Pub, Blue Martini, Evergreen Cultural Centre, and other local venues.

With the international touring artist Miles Foxx Hill on bass (who performed with Van Morrison for 6 years and Brazilian superstar Ivan Lins) plus JUNO Award recipient Buff Allen on drums.