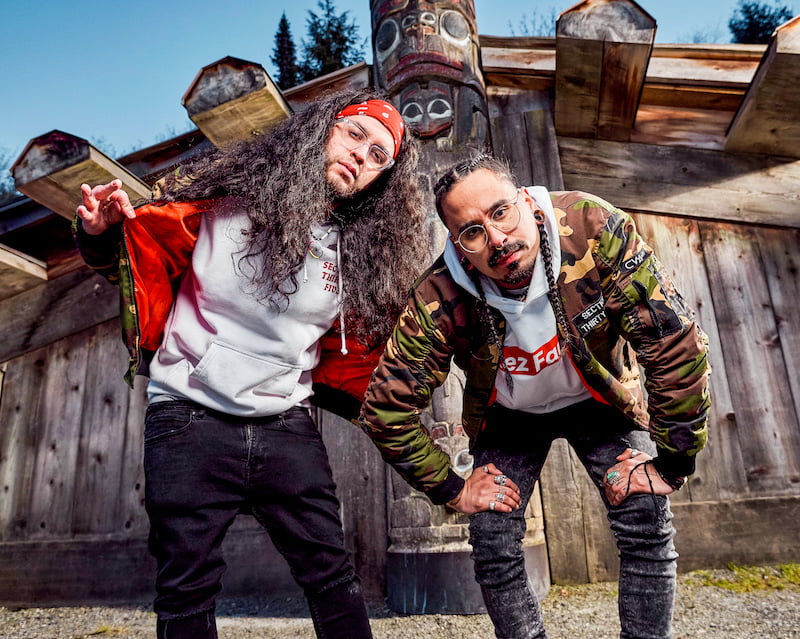 Snotty Nose Rez Kids are the combined talents of Yung Trybez and Young D, hailing from the Haisla Nation, ‘The People of the Snow.” Above all else, SNRK blend trap beats with woven lyricism that challenges Indigenous stereotypes that paint their people as ill-mannered savages. Their music is best described as thought-provoking club bangers. And their live shows prove it. Audiences will dance and sweat, but they’ll leave with new knowledge. Their album, The Average Savage, landed them a nomination for Best Hip Hop Album at the Indigenous Music Awards, a win for Best Hip Hop Artist at the Western Canadian Music Awards, the shortlist for the Polaris Music Prize, and a JUNO nomination for Best Indigenous Music Album of the Year.