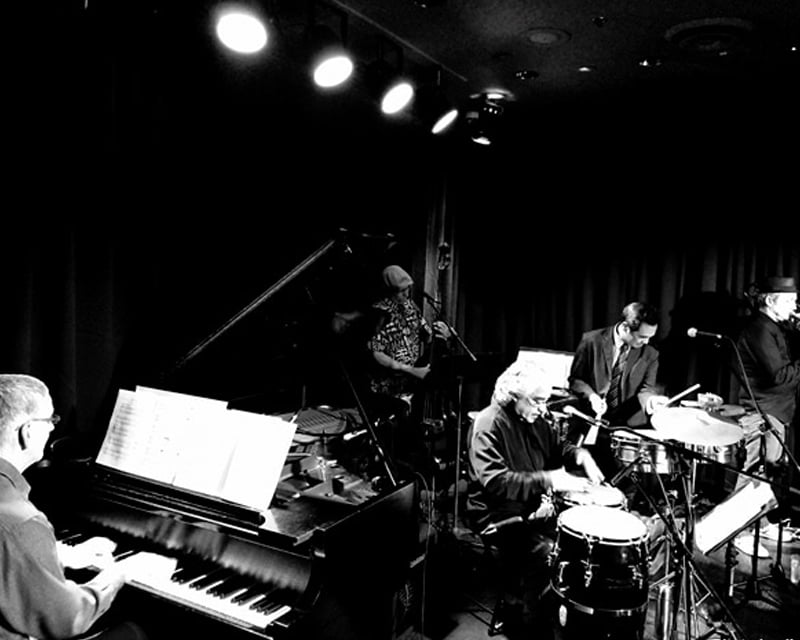 Countless tours, festivals and sold out shows have earned Rumba Calzada the title of Canada’s tightest Latin band. Originally formed in 1991 by Boying Geronimo and now headed by his son, Raphael Geronimo, the band has recorded four albums with an array of nominations and awards, including a Juno Award (World Music Album of the Year), Westcoast Music Awards (Outstanding World Recording of the Year) and Independent Music Awards (Best Global Album). Rumba Calzada is gearing up for more tours and recordings, with an all-new album planned for 2018. With Rod Murray trombone, Lou Mastroianni piano, Allan Johnston bass, Rolando Preza congas/vocals and Raphael Geronimo timbales/vocals.