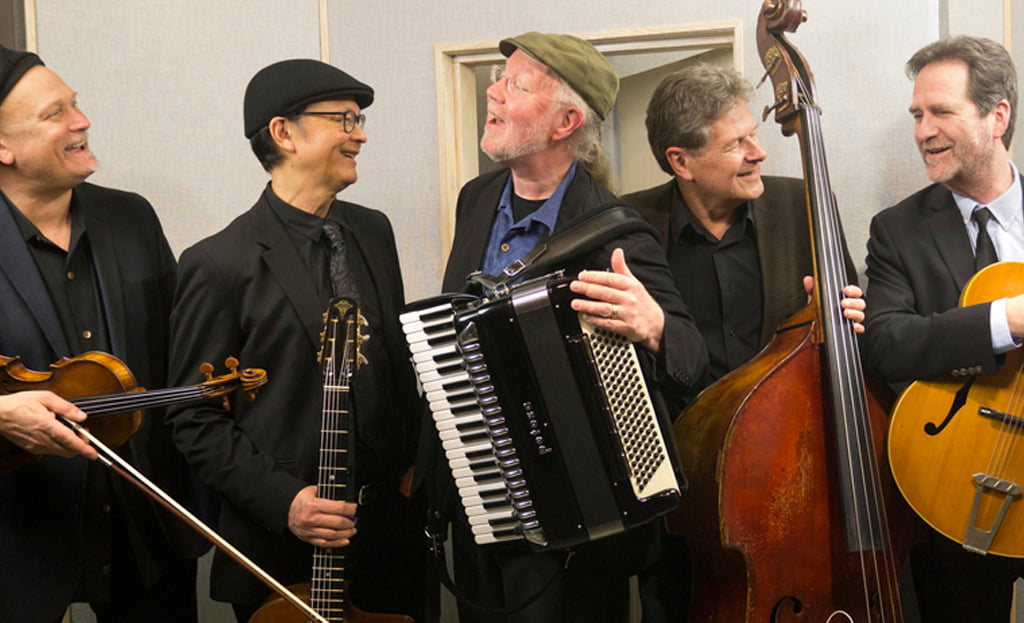 An evening of Hot Club jazz

With a performance history spanning more than two decades, Pearl Django endures as one of the most highly regarded Hot Club style groups working today. Although the band’s roots are firmly in the music made famous by Django Reinhardt and Stephane Grappelli, its extensive repertoire includes traditional jazz classics and original compositions. Pearl Django has performed at festivals, dances and nightspots throughout the US, Canada and Europe. They have played at the prestigious Festival Django Reinhardt in Samois sur Seine, and have been featured on NPR’s All Things Considered. Pearl Django are celebrating the group’s 13th release, With Friends Like These, an all original recording that features their composing and arranging talents that both honours and expands the gypsy jazz/hot club magic of Stephane and Django. With Tim Lerch guitar, Rick Leppanen bass, Michael Gray violin, Jim Char guitar, and David Lange accordion.