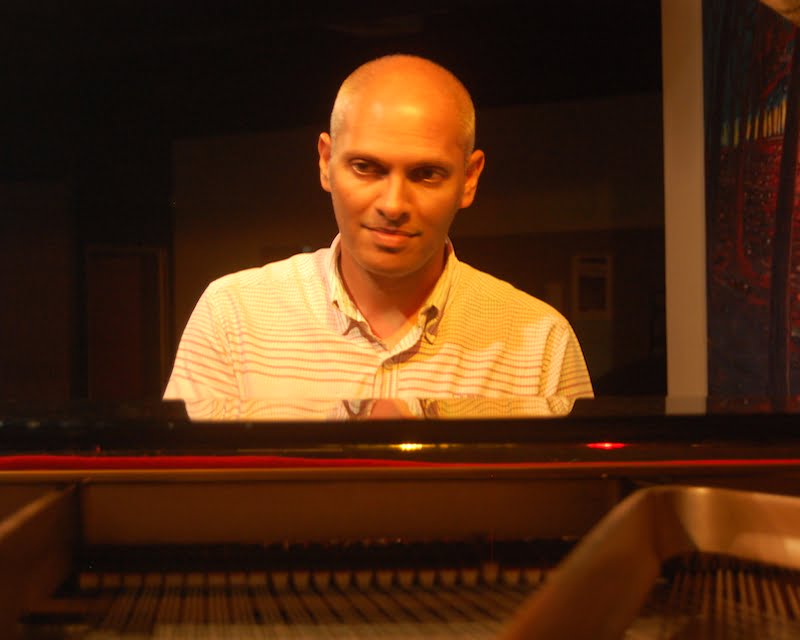 South African pianist/composer, Neil Gonsalves presents a selection of original compositions and standards that are evocative of the majesty and beauty of South Africa and its people, and of a young democracy that often fights its battles in song.

Gonsalves’ musical interests and range of influence is broad, and while steeped in the hymnal tradition, township jive and Zulu and Xhosa folk music of South Africa, his is a multicultural approach that will turn to swing, Latin, Afro-beat, bhangra or bulerias in a heartbeat. It is often his modus operandi to recontextualise music, and especially to reorientate the American songbook within the simpler harmonic movements and the rooted rhythmic gestures of South African traditional and popular music grooves.

He will be accompanied by Kerry Galloway on bass and Tony Ferraro on drums, and will feature South African-born, Vancouver-based singer, Vanessa Mood.