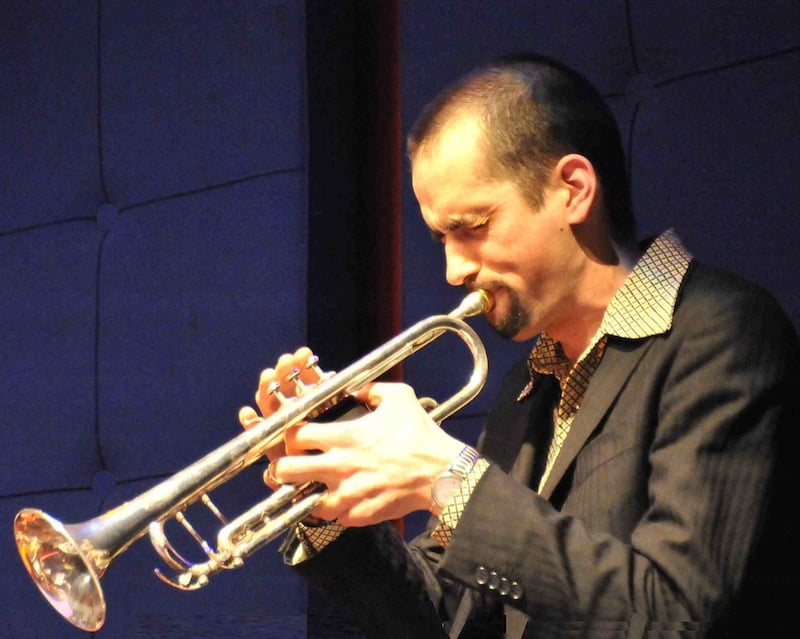 Originally hailing from Salmon Arm, BC, trumpeter Mike moved to Vancouver in the late ’90s to attend Capilano College and study under Brad Turner. After gaining experience onstage with locals such as Blaine Wikjord, Sharon Minemoto, and the big bands of Jill Townsend, Fred Stride, and John Korsrud, he made the move to Tokyo, Japan, where he is currently active doing club dates, in concerts and studio recordings. As a member of Lisa Ono’s touring band and Brad Kelly’s World Beat Orchestra, Mike has performed throughout Japan, China, and Korea.

This stellar quartet will draw from an exciting repertoire of originals and jazz standards that promise to be nothing short of a good time! With David Sikula guitar, Paul Rushka double bass, and Bernie Arai drums/cymbals.