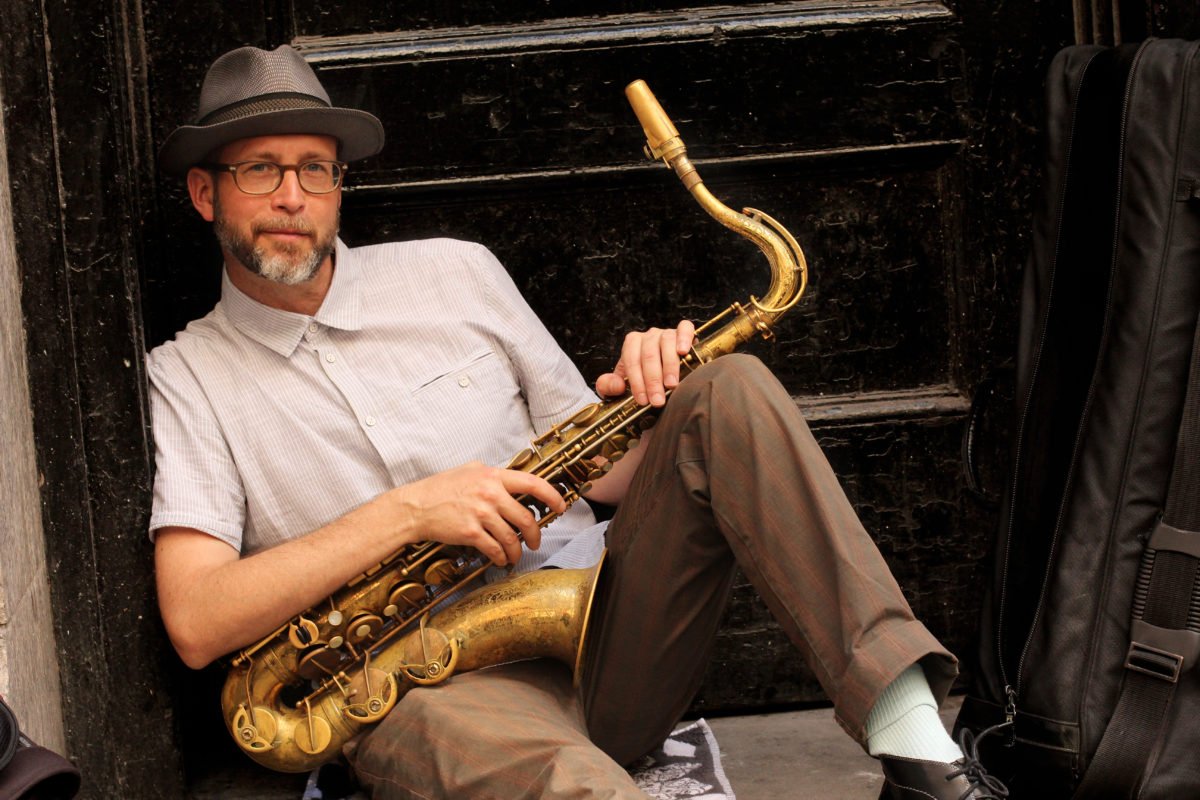 The New York City based saxophonist Michael Blake is no stranger to hometown fans. He’s been performing and recording with members of his band The Variety Hour for over a decade, this time getting together to play this Halloween Special.

The music covers movie themes (yes, that movie theme), standards, and rarely heard jazz tunes with a definitive macabre tone. Michael explains what sparked this idea, “Over the years I would hear people say that sometimes free jazz sounds ‘scary’. It’s true that exploring the dark and uncharted territories of sound can lead to some pretty terrifying music. The man-made world is too often scary and nature’s violence is frighteningly beautiful. I wanted to make the weird and horrific accessible and put it in context. Since everyone loves Halloween I thought, why not use the idea of scary ‘fun’ to my advantage? So a few years ago we started playing standards like ‘Witchcraft’ and oddities like drummer ‘Philly’ Joe Jones ‘Blues for Dracula’. And ‘stalking Monster by Duke Ellington”