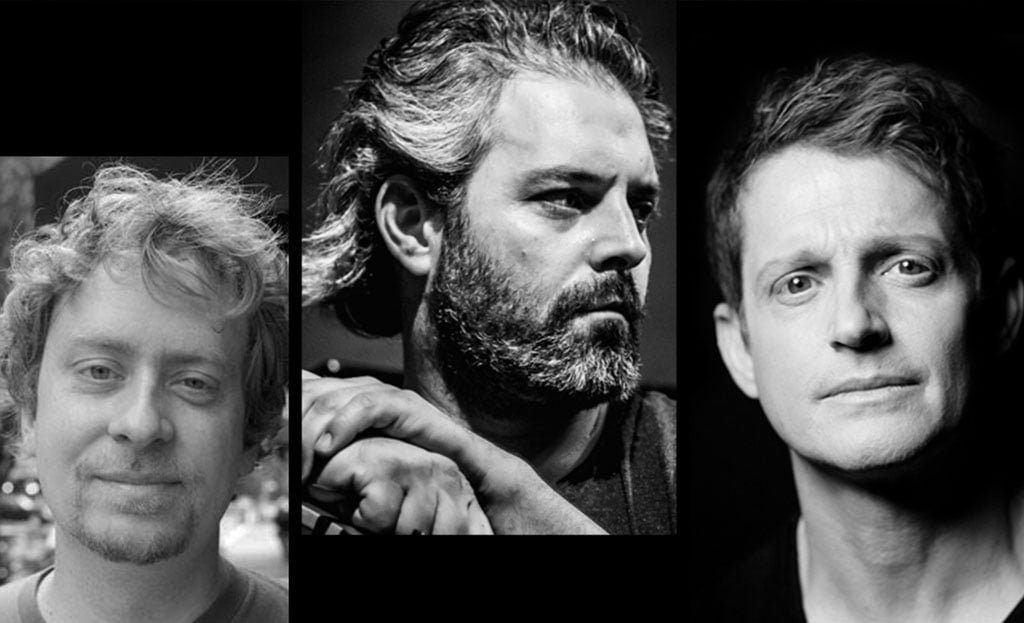 This concert is sold out. Waiting list/standing room tickets may be available at the door starting at 7pm.

Gordon Grdina has managed to place a finger in every corner of the jazz/world fusion room. —Pop Matters

Complex, intricate, idiosyncratic, and rockin’—those are the adjectives that best describe this cross-border collaboration between Vancouver guitarist Gordon Grdina, and New York’s Matt Mitchell piano, and Jim Black drums. Juno Award winner Grdina’s compositions give the nod to 20th century classical composition, rock, free jazz, and third stream, and this trio promises to explore those ideas at their highest levels.

Gordon Grdina is known for his incredible versatility and ability to bring a fresh and edgy vibe to any ensemble he joins or forms. His musical output is diverse, including 10-piece Arabic/avant-garde ensemble Haram, the intricate GG Quartet and cinematic GG Septet, high-energy collective Grdina/Houle/Loewen, free-punk duo Peregrine Falls, and contemporary Persian-influenced ensembles Qalandar and The Marrow.

Jim Black is a legend in the downtown New York jazz and improv scene and a world-renowned drummer. His most recent Vancouver appearances include gigs with Endangered Blood, Banda de los Muertos, and Human Feel.

Matt Mitchell is a mainstay on the New York jazz scene playing with internationally acclaimed ensembles like the Dave Douglas Quintet and John Hollenbeck’s Large Ensemble. This is Matt’s third visit to Vancouver this season following a solo appearance and a fall show with Tim Berne’s Snakeoil.