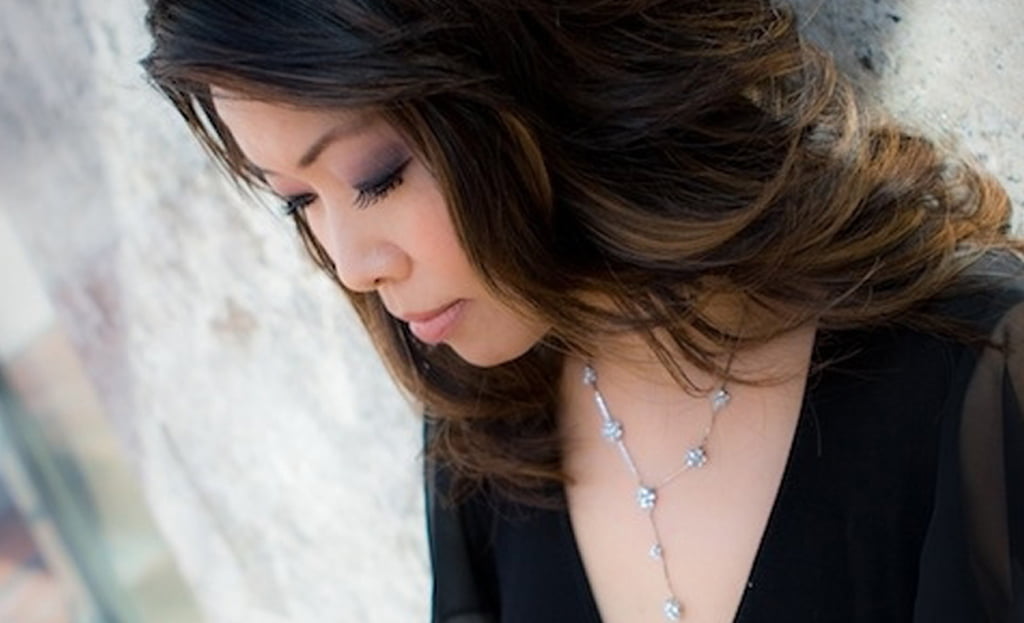 With a smile in her voice, Maria Ho’s impeccable articulation and precise diction captivate through a musical breeze of swinging standards, Brazilian rhythms and romantic ballads inspired by Nat King Cole, Freddie Cole, Ella Fitzgerald, Nancy Wilson, Marc Jordan, and Karrin Allyson. As a vocalist and bandleader who has recorded with Richie Cole, Warren Vaché, George Robert, Krishna Booker, Ian McDougall, and Phil Dwyer, her two albums Where or When and Smile have received rotation airplay on jazz stations in New York, Denver, Denmark, and Italy. “Just a Touch” was chosen as bumper music on Coast to Coast AM. Songs from the début album were featured on WAMC/Northeast Public Radio, CBC Radio across Canada, DR P1 and DR P8 Jazz in Denmark, plus Saturday mornings on KUVO in Denver. In July 2014, Maria was interviewed by Jazz Caravan on KUVO followed by a sold-out performance at Dazzle Jazz in Denver. In August 2015, she recorded a station ID for KUVO and appeared on Breakfast Jazz to discuss her second album, Smile. Maria is now working on completing her third album. Maria is delighted to perform with her quartet featuring Michael Creber piano, Paul Rushka bass, and Dave Robbins drummer.