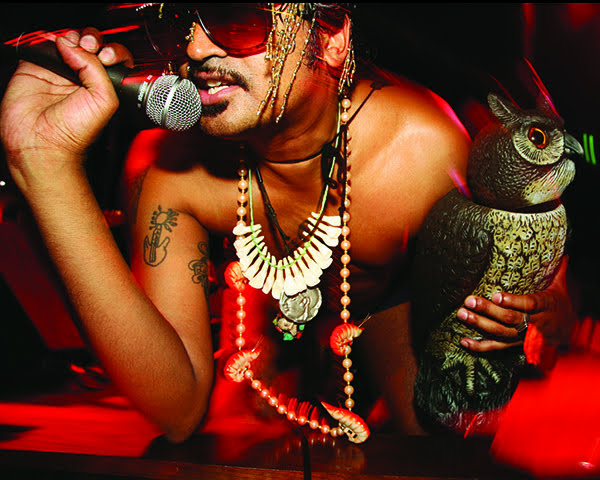 King Khan, Aquarius and founder of the greatest cult phenomenon since the parting of the Milky Way, brings his 8-piece musical shrine back to Vancouver. Dressed in their ceremonial duds, King Khan and the Shrines are more than just a psychedelic soul revue. Imagine Roky Erickson backed by the Sun Ra Arkestra; or Wilson Pickett leading The Velvet Underground, wearing a golden cape that wraps around the world; or a Bollywood James Brown reading his self- made tarot cards. If musical salvation is what you need, look no further. The stories and legends that surround the band and its charismatic leader are wild and often hilarious. If true or not, one thing is for sure:
“King Khan is that fiery arrow shot into the night sky which no one knows how high or far it will travel, however we do know that as that fiery arrow streaks across the heavens, along the way its flames will light up dark places.” – John B. Smith founder of Memphis activist group The Invaders.