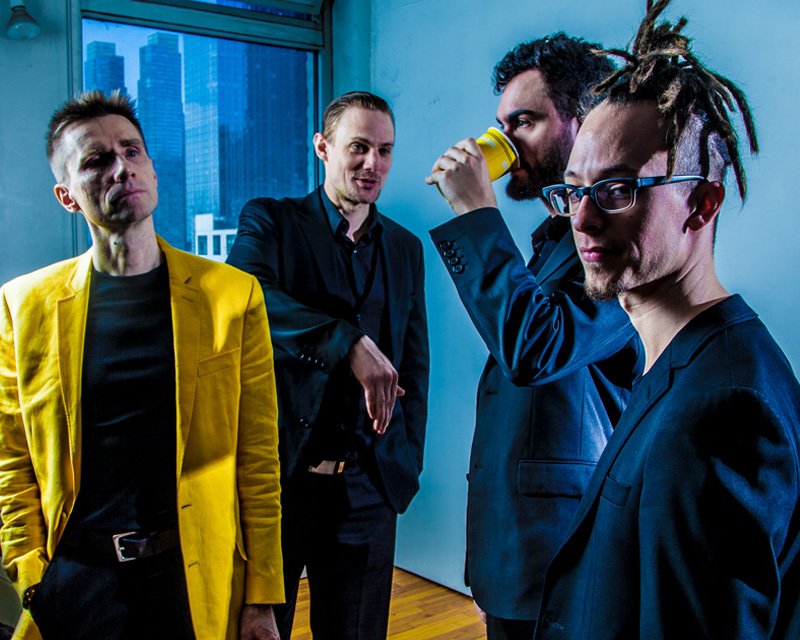 A native of Edmonton, pianist John Stetch pushes the boundaries of his jazz and classical training to incorporate melodies from all around the world and across American culture: from Mozart to Ukrainian folk music to the theme from The Love Boat. John has toured extensively in the United States and overseas, performing and collaborating with classical and world musicians and jazz greats such as Rufus Reid, Seamus Blake, and Mark Turner. John has released 14 albums as a leader, and won the Prix du Jazz award at the Montreal International Jazz Festival. John recently relocated from New York to Vancouver.

Vulneraville’s music ranges from energetic swing to world/pop suites to classical-ish cinematic excursions. “This personnel is my best chemistry and most devoted team yet!” says Stetch. Cincinnati-born Steve Kortyka is a saxophonist who has been touring with Lady Gaga whenever she does her jazz project, plus working on a variety of other jazz projects in New York. Philippe Lemm is Holland’s most in-demand drummer, a busy leader in his own right, who has studied Indian and funk music extensively, and 25-year-old Rochester native Ben Tiberio has already played bass in the top clubs of New York City.