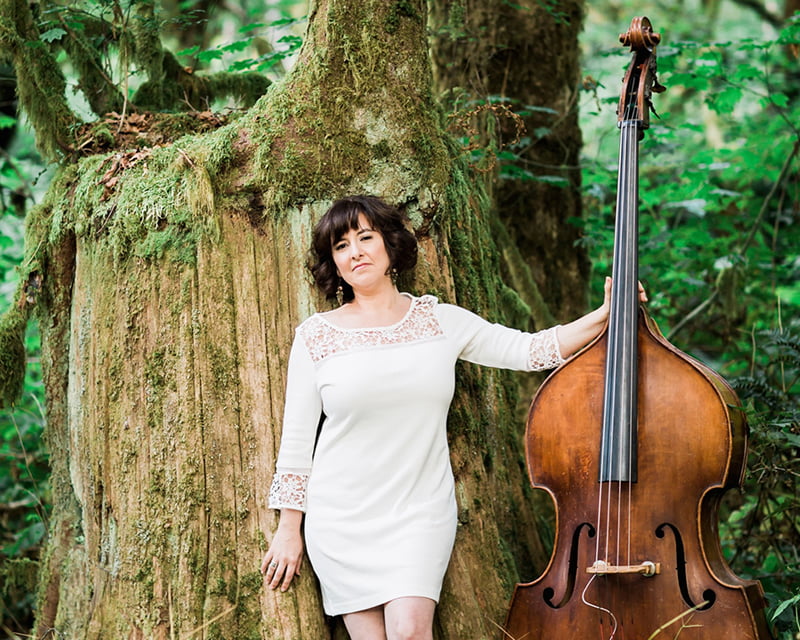 Two-time Juno-nominated bassist, composer, bandleader, and educator Jodi Proznick has earned a reputation as one of Canada’s finest jazz artists and collaborators. She has won numerous National Jazz Awards, including Bassist of the Year twice. HAmong her many honours, Jodi was awarded the Western Canadian Music Award for Jazz Artist of the Year for 2019.  Jodi Proznick’s New Horizons Project features three of Canada’s bright musical lights: Chris Davis on trumpet, Tilden Webb on keys, and Nick Bracewell on drums. They will be exploring jazz repertoire from albums such as Herbie Hancock’s Fat Albert Rotunda and Empyrean Isles, Woody Shaw’s United, Kenny Wheeler’s Gnu High and Miles Davis’  E.S.P as well as  new originals.