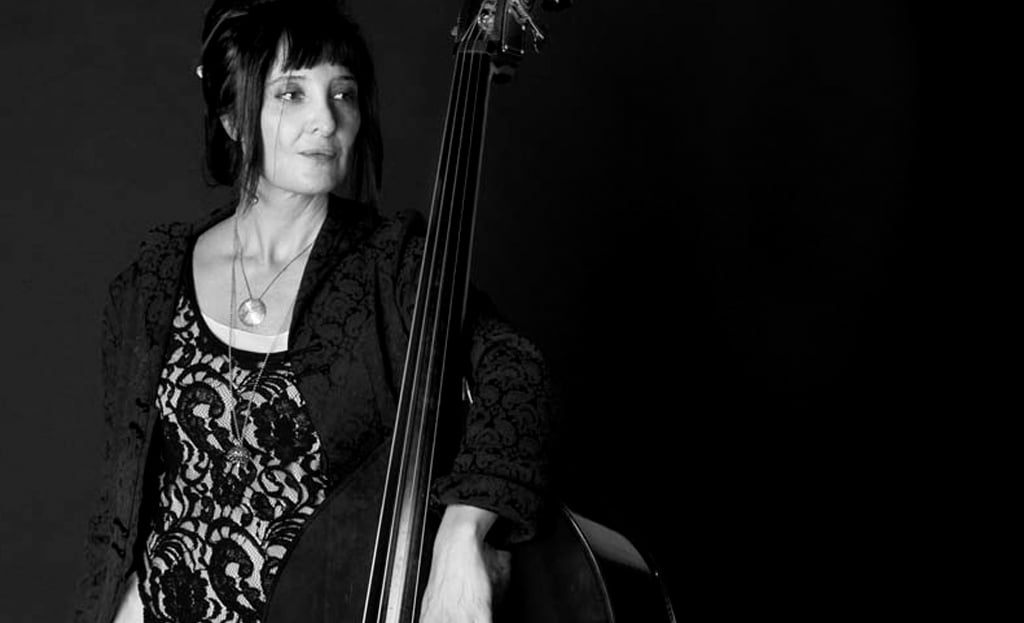 “Giulia Valle is a rara avis on the Spanish jazz scene… Driven by a strong sense of discipline and an undeniable natural talent, Valle has established herself as a unique voice on the contemporary and avant-garde jazz panorama.” –JazzTimes

Bassist and composer Giulia Valle was born in San Remo, Italy but raised in Barcelona where she began studying piano at eight years old before discovering jazz just a few short years later via artists such as Charles Mingus and Ahmad Jamal. As a teenager Valle became deeply engaged with the upright bass, studying at the conservatory in Liceu, at the Taller de Músics, and taking private lessons with the renowned Mario Rossy (brother of Jorge Rossy). Beginning in the late 1990s, she started travelling to New York, meeting great musicians and studying with people such as Ben Street and Bruce Barth.

At age 27, she created her first ensemble, the Giulia Valle Group, with a cast of musicians from the Barcelona scene. Shortly thereafter, she recorded an album with American musicians Jason Lindner, Bill McHenry, and John McNeil. Beginning in 2008, her ensemble began touring widely around Europe, performing dynamic sets at prestigious venues. During this time the ensemble was discovered by Jeff Levenson of Blue Note Records who immediately fell in love with her music and invited and facilitated additional tour dates for her ensemble at renowned venues and festivals in North America, including the Blue Note NY Festival, SFJazz Festival, Seattle’s Earshot Festival, TD Vancouver International Jazz Festival, Ottawa Jazz Festival, and the Montreal Jazz Festival, among others.

She has released seven albums to date, writing extensively for all the ensembles with which she performs and is known for bringing out the unique talents of each of her collaborators. Giulia’s music is not easy to describe; it must be experienced. As a composer and performer, she uses her distinct voice to explore both the deepest corners of lyricism and the experimental edge of rhythmic concepts, letting her own folklore guide the way.