Five Alarm Funk and Too Many Zooz – SOLD OUT

Get funked up on Opening Night!

With “boundless creativity and jaw-dropping musical virtuosity” (Discorder) this Vancouver-based funk behemoth is eight men strong and over a decade deep into a career that has seen the release of six acclaimed albums and barnstorming tours that have burned up stages across the nation.

Their latest album, Boots & Wheels featuring Bootsy Collins, gets right to the root of what Five Alarm Funk is all about: epic, intense arrangements, ridiculous chops and heavy grooves that mix afro-funk, rock, Latin, ska and punk. They also just released Wake the Funk Up featuring Leo P (of Too Many Zooz). Of course, they’re also all about inflatable sharks, costume changes, synchronized dance moves, tutus, sparkles, sequins and spandex, and all kinds of sweat-drenched hijinks! 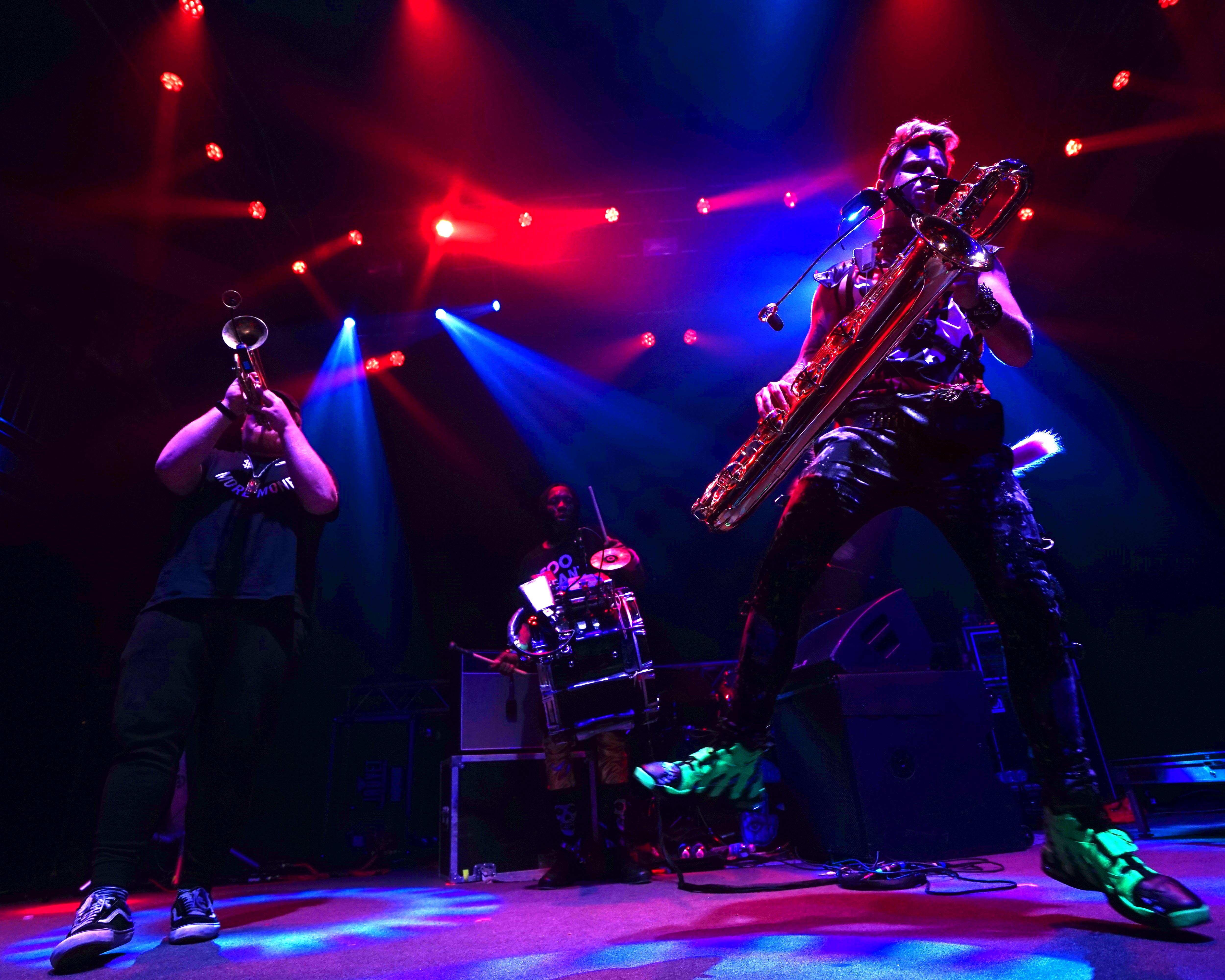 The curious thing about being a fan of brasshouse? You’re pretty much talking about being into one solitary but extremely unforgettable band: the amusingly-monikered Too Many Zooz. And those that like the unclassifiable born-in-the-New York-subways trio of drummer King of Sludge, saxophonist Leo P and trumpeter Matt Doe like them a lot!

Too Many Zooz is an outrageous, high-energy musical conversation full of inescapable grooves that blur dub, soul, funk and ska, horn blasts that shoot right up your spine, and loads of fun and swagger.

“These cats were lightning in a bottle—mad vibes.” Exclaim!