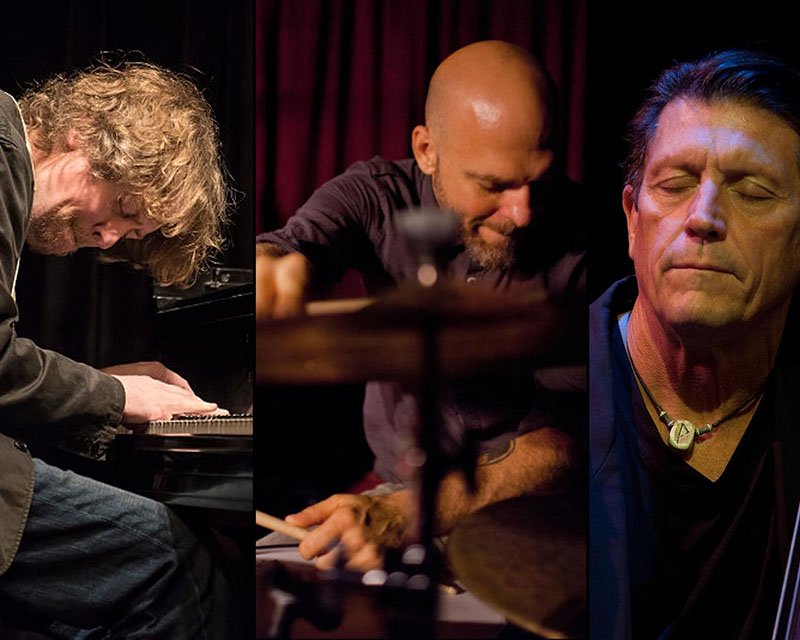 Bad Plus drummer plays with Matt Mitchell and Billy Peterson

Reservations are currently full, to be added to the wait list, please contact Frankie’s Jazz Club at 604.688.6368.

Versatile and idiosyncratic Bad Plus drummer Dave King brings some lateral thinking to this trio project with pianist Matt Mitchell and bassist Billy Peterson. The trio’s melodic abstraction was showcased on 2012’s I’ve Been Ringing You, a collection of intense and sophisticated reinterpretations of standards, rich with free interplay and quiet rumination.

Dave King is one of the most celebrated drummers in modern jazz. His contributions to the Minneapolis and New York jazz scenes are incalculable, and his imagination and boundless enthusiasm behind (and around) the drum set are singular and stunning. Dave has recorded or performed with such luminaries as Bill Frisell, Joshua Redman, Jeff Beck, Tim Berne, Mason Jennings, Mark Morris Dance Company, Meat Beat Manifesto, and many others.

Matt Mitchell is a New York-based pianist and composer interested in the intersections of various strains of acoustic, electric, composed, and improvised new music. He has garnered rave reviews for his latest release førage, a unique tribute to Tim Berne’s, released on Berne’s Screwgun Records.

Billy Peterson is one of the premier bass players in the world, as well as being a successful producer and arranger. He’s been the bassist for the Steve Miller Band for 15 years and is also the musical director for a cooking show which is produced in the south of France, soon to be seen in North America.