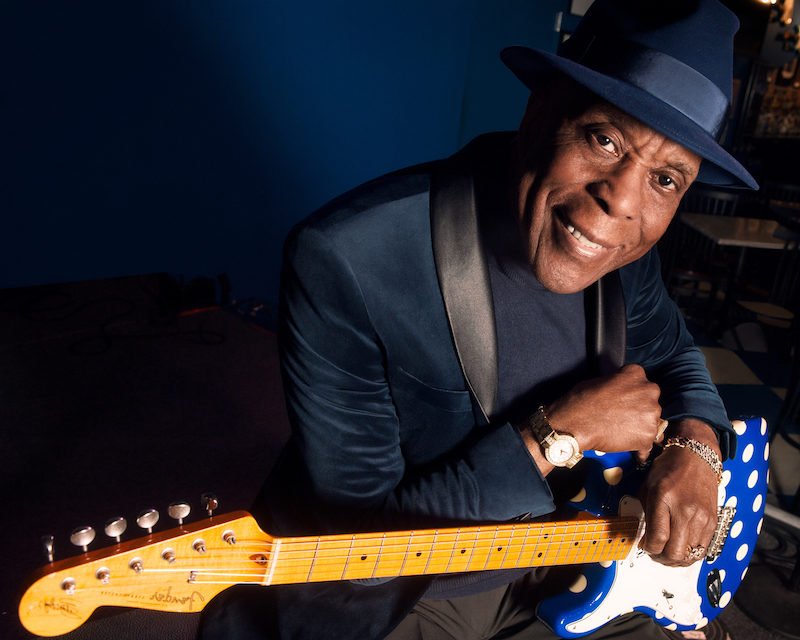 *Waitlist to be started when box office opens (6:30pm) at door.

“By far without a doubt the best guitar player alive.”
– Eric Clapton on Buddy Guy

Buddy Guy is one of the most electrifying artists in contemporary blues and at age 82, he shows no signs of slowing down. His latest album, The Blues Is Alive and Well, features stellar contributions from the likes of James Bay, Keith Richards, Mick Jagger, and Jeff Beck.

A pioneer of Chicago’s West Side sound of the Fifties and Sixties, he is a major influence on musical giants such as Beck, Eric Clapton, Jimi Hendrix, and Stevie Ray Vaughan and has laid down the blues with legends such as Muddy Waters, Sonny Boy Williamson, and B.B King.

He’s won eight Grammy Awards and the Billboard Magazine Century Award for distinguished artistic achievement. Rolling Stone ranked him in the top 25 of its 100 Greatest Guitarists of All Time and he’s a Kennedy Centre honouree.

Buddy recently appeared on David Letterman’s My Next Guest Needs No Introduction, and it’s true – he doesn’t.