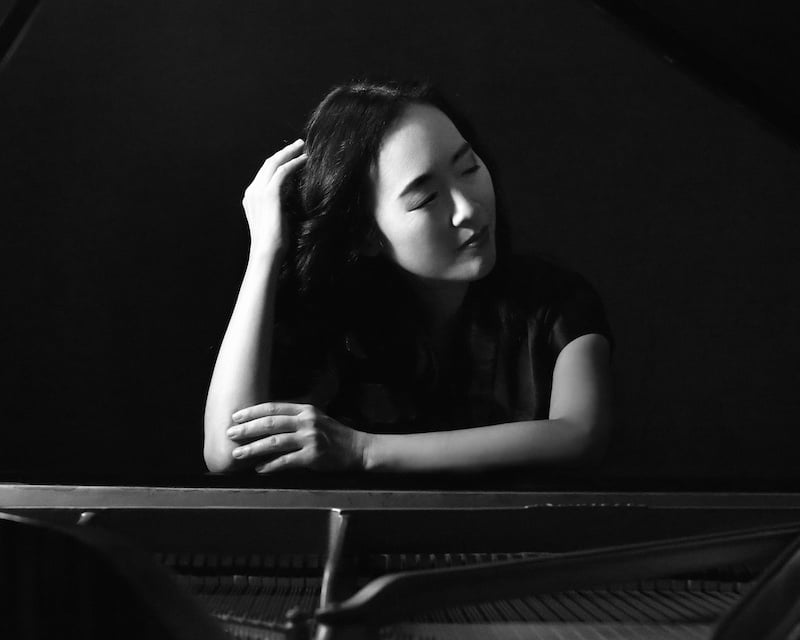 A defining figure of 20th century jazz, Bud Powell’s inimitable piano playing was “the DNA of bebop” (NPR). Bill Evans called Powell his greatest influence, Miles called him the best, and everybody called him a genius. In Bouncin’ With Bud, three of today’s finest players celebrate his legacy through deep-in-the-pocket pulses and swinging virtuosic sojourns.

Houston-based pianist Helen Sung has worked with luminaries like Clark Terry, Wayne Shorter, Ron Carter, and Wynton Marsalis, who named her one of his Who’s Got Next: Jazz Musicians to Watch! One of Modern Drummer Magazine’s Top 25 Drummers of All Time, Rock and Roll Hall of Famer Steve Smith is best known as a member of Journey, and the engine of jazz groups Vital Information, Steps Ahead, and Groove: Blue Organ Trio.

The tremendous bassist Lonnie Plaxico has worked with a who’s who of jazz legends, from Dizzy Gillespie, Chet Baker, and Dexter Gordon, to Wynton Marsalis and Cassandra Wilson.

Special thanks to Radio Free Birdland