Long-time Board Member and Major Donor, Franco Ferrari graciously shares his story about his evolving relationship with the Coastal Jazz and Blues Society.

Coastal has thrived in thanks to the many personal relationships and connections grown and developed over the years. If you would like to develop your relationship with Coastal, there are several ways to do so, as Franco’s story will reveal. 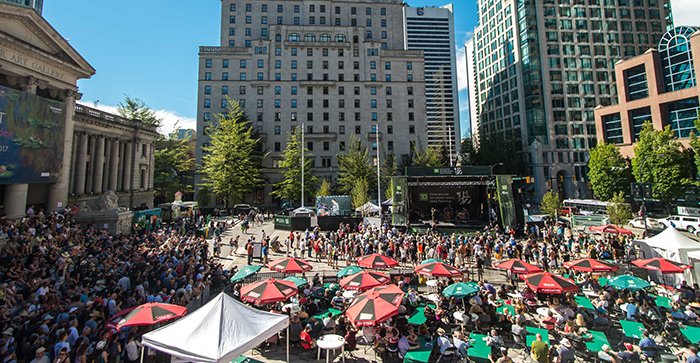 1) Tell me a little about about your ongoing relationship with Coastal Jazz and Blues Society. How long have you been a supporter and in what ways?

I first became involved with Coastal by attending the annual festival shortly after I came to Vancouver. It was the beginning of a musical journey in exploring an even greater diversity of styles than I had been exposed to up to then, and a more intensive dive into jazz in particular in all its various forms. I became a volunteer in 1993, stuffing envelopes and licking stamps as well as helping out at some of the smaller year-round gigs. It was through friends of mine that I got involved as a volunteer, as they were volunteers as well, something for us to do together. I went on to volunteer for the box office, taking ticket orders and recommending shows to patrons, and was invited to join the board in 1995. It was a time of impending transition, the expected end of Du Maurier as a main sponsor as a result of federal legislation.

It was a family of like-minded individuals who worked hard and had fun. The more I got involved, the more I was drawn in.

Ever since my earliest engagement, I have been a supporter of the Society for its significant impact on the cultural fabric of the city, the quality and range of music it presents, giving me exposure to local as well as International musicians, and for the education I have enjoyed both in its rich artistic offering and its organizational excellence I saw firsthand. I learned the level of talent needed to pull off such a major event, and the dedication and commitment to delivering a great experience each and every time. It was a family of like-minded individuals who worked hard and had fun. The more I got involved, the more I was drawn in.

Now that I am one of the longer serving board members (not the longest serving!), I have had the privilege to work with other board members and senior staff in steering the society through the ever-changing non-profit landscape and the various challenges we have had to confront. I continue in that role and am proud to serve. And in recent years, I have been able to move beyond an annual donation to the Society and its operations to include major financial support to the foundation that will serve the Society as an endowment well into the future.

2) You donate to several different funds at Coastal. Which ones and why?

As a volunteer, I wanted to provide financial support for on-going operations with an annual donation and have been able to increase my level of contribution over the years. Securing sufficient ticket sales, government grants, corporate sponsorships and personal donations to support the wonderful work of the society is both a balancing act between artistic quality and diversity of musical styles against financial stability, but also the on-going challenge to be a non-profit that respects the work of its employees, contractors and musicians (especially local) in creating opportunities for performance and compensating them appropriately in a city where affordability is a big issue. The Society has a history of solid financial performance coupled with artistic excellence. To maintain that into the future, a foundation has been established, an endowment that will be a steady source of increasing financial support to the Society as it builds. That is where my financial support is most directed to, especially because of the matching fund program offered through Heritage Canada for cultural endowments. Within the foundation, there are specialized funds to support programming initiatives that I also direct my support to: Bright Moments, in honour of James Coverdale, a much beloved member of the board and great supporter of the more innovative and improvisational spectrum of jazz; the Ken Pickering Fund in honour our late, great Artistic Director to help support the artistic excellence and diversity that he made the festival world renown for. Other initiatives of the Society are equally worthy of financial support – education, music in the schools programs, local performance spaces, and opportunities for local and international musicians through a local performance ecosystem. And of course the whole idea of bringing a great musical celebration to our city through the annual festival and year-round programming.

I want to see my grandchildren have the opportunity to experience live musical performances and the magic that it provides. 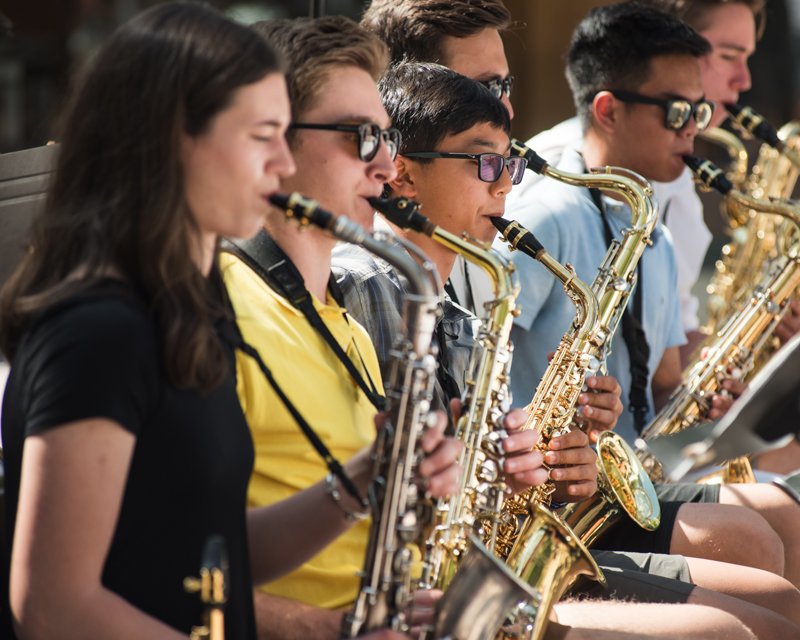 3) Why do you feel philanthropy is important? And what would you share with anyone considering whether their money will be allocated wisely?

Philanthropy is a very personal endeavour. There are so many worthy causes out in the world, all very deserving of my personal support. And as my financial capacity to donate has increased over the years, I have sought to be as strategic as possible with what I see as an investment in an organization our cause. So I tend to donate most to organizations or activities that I am involved in and as I get to understand those organizations more, I become ever more comfortable in providing more substantial financial support.  The Coastal Jazz and Blues Society is one of the few truly self-sustaining cultural organizations in our city and I have come to trust in its ability to manage the vagaries any non-profit society is subject to, but especially in the cultural field. I believe it is on a par with the symphony, ballet and opera, those more recognized and better supported cultural pillars. And the artistic excellence that it has a worldwide reputation for attracts musicians and lovers of the music alike. I want to see my grandchildren have the opportunity to experience live musical performances and the magic that it provides. Through the society and my ticket purchases, I support the local ecosystem of performance spaces, presenters, and musical opportunity for local music professionals and those interested in pursuing music as a profession.

Becoming involved in the organization that I make significant donations to is the best way I have found to understand their activities and have confidence that my contributions are being utilized in a way that I can be proud of. Becoming a member, a volunteer, a user of the service, a patron or an interested observer are ways I have been able to monitor the organizations I support and assure myself that their activities continue to be relevant, and that my financial support continues as the investment in their future that I intended.

Music, and especially live music, is a passion of mine. I enjoy a very diverse range of musical styles, genres and cultures. Music is such a visceral driver of emotion and its surrounds me through most of my day, every day. Live music performance is that special opportunity to not only enjoy great music, the sort that becomes burned into your psyche, that soundtrack of your life, but to experience that special moment that only watching and experiencing a live performance can deliver.

Many of my most memorable live performances were presented by Coastal. Two stand out for me. An Italian duo, Gianluigi Trovese, a clarinetist, and Gianni Cosca, an accordionist, were on stage in a small venue performing music from a recent recording of theirs. Its music that I already knew, I had the recording, and others of theirs, and had listened to them many times. But it was their intimacy on stage, their halting English and banter about their compositions, and the exceptional delivery of music I thought I already knew, but discovered all over again, that made that concert memorable. Those are two instruments, and two musicians, I particularly like. They did not disappoint, but live they did deliver some magic, some special thing that their recordings alluded to but could never completely convey.

The other was a concert by Bill Frisell and his Quartet. Now, I will go see Bill Frisell perform at any opportunity and have a large number of his recordings. He is a jazz guitarist extraordinaire. He continues to deliver music that both challenges and satisfies, and with a very wide range of musicians that he blends into some real musical magic. However it was his concert at the Cultch a number of years ago now, that set the standard for a special experience from a live performance. The Quartet recording has Bill on guitar, Curtis Fowlkes on trombone, Eyvind Kang on violin and Ron Miles on trumpet – an usual combination of instruments I am often drawn to for complexity and non-traditional sounds. And Bill Frisell does that so well and often on different recordings. So I expected the music to be great, because I had heard it all many times through the recording. But what I experienced live was a dimension beyond. The audience was enthralled, so much so, that when the concert ended, there was a special moment, a hesitation, to just wallow in the beauty of the sounds that had unfortunately come to an end, but whose vibrations still resonated. The musicians didn’t move, the audience didn’t move, everything just hung in the air for just that little bit longer than is usual or comfortable, so that when it ended with applause, it was clear that something special, some magic had just happened. That feeling has remained with me forever after, and as a result I look for it again in live performance. I have come close many times, but never with the same impact. It is the kind of moment that only live performance can deliver.

Help us to reach our goal of $10 thousand for the Artist Residency Program.
Gifts of $1,000 or more are eligible for special recognition, and can be directed toward the presentation of specific artists throughout the year.

Please feel free to get in touch should you want to discuss individual giving opportunities. You can reach Development Manager, Tara Flynn at: [email protected]