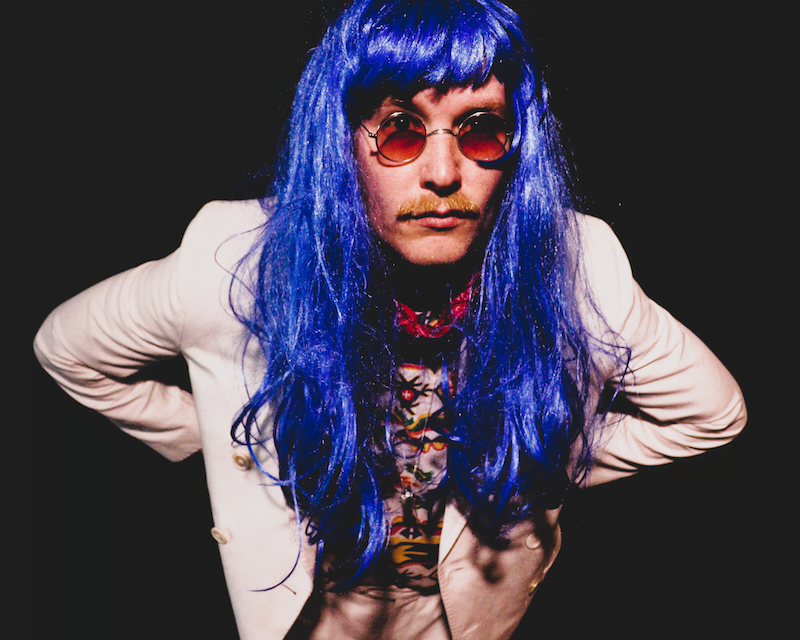 ELASTIC STARS is the brain child of Colin Cowan. Although most of the recorded music is performed by him, the stellar live band is made up of Jenn Bojm on bass/vocals, Joshua Zubot on violin/guitar, and Johnny Payne on drums/vocals, with Cowan on lead vocals/guitar.

The Albums are mostly recorded on analog tape performed/produced/engineered by Colin Cowan. The music is a florescent cup of warm nostalgic soup fit for any contemporary starchild or beach bum.. From 2013-2017 Colin released an album each year as a Four-Record “Seasonal-Tetrology” – each collection thematically related to a personalized pathetic fallacy of the associated season. (FALL PATHS 2013 / EYE OF WINTER 2014 / SPRING MYTHS 2015 / COSMOS IN SUMMER 2017 )

The most recent release was the album “COSMOS IN SUMMER” in July 2017, which was the final chapter of the Seasonal Tetrology. This, and all other music/merchandise/free streamables released to date are available here. There is a brand new album coming soon in 2020 entitled “ELASTIC STARS – M U Z i K” which the band is VERY excited about.

YES! each “elastic” member of our multifaceted band deserves a shoutout. CURRENTLY I am producing a VERY exciting pop record for our bass player Jenn Bojm: check out that as a fall release begins getting teased with some releases, as well as all of her other releases in the past years. Our Drummer Johnny Payne is an excellent songwriter and has many releases under his name. And Joshua Zubot, our esteemed violinist also has many exciting projects under his name. ENJOY!