It’s been 80 years since Coleman Hawkins cut his famous version of Body & Soul. Since then, the saxophone has become the premier soloist instrument for jazz musicians. That’s very much evident in this year’s Vancouver International Jazz Festival line up, which is packed full of some of contemporary music’s greatest horn players.

Here are a few who you should be looking out for:

Since the release of Darius’ Man’ish Boy on Aum Fidelity back in 2009, Jones has been considered one of the preeminent alto saxophonists of our time. He pretty much stole the show at our 2014 Jazz Festival, and has been a semi-regular visitor to our city ever since. This year he’s part of an exciting quartet at The Ironworks with New York pianist Angelica Sanchez, and Vancouver stalwarts Peggy Lee and Dylan van der Schyff.

The first time Melissa Aldana played at our Jazz Festival, the regulars at The Ironworks weren’t sure what to expect. It didn’t take long for them to realize exactly why she had won the prestigious Thelonious Monk competition the year before, and by the end of her performance she was the talk of the Festival, with far more people claiming to have been at the gig then could have possibly fit into the club that night. She’s at Performance Works with her quartet this year, coming off the release of her brand new album, Visions.

It’s difficult to think of many (if any) post-bop tenor players that have the credentials that Alexander has. He has released over 40 (!!!!) albums as a leader since the early 1990s, and has played with a myriad of heavy hitters, including Harold Mabern, Peter Bernstein, Ron Carter, George Cables, Jeremy Pelt, and Eric Reed, who will be part of his band at Pyatt Hall this year. 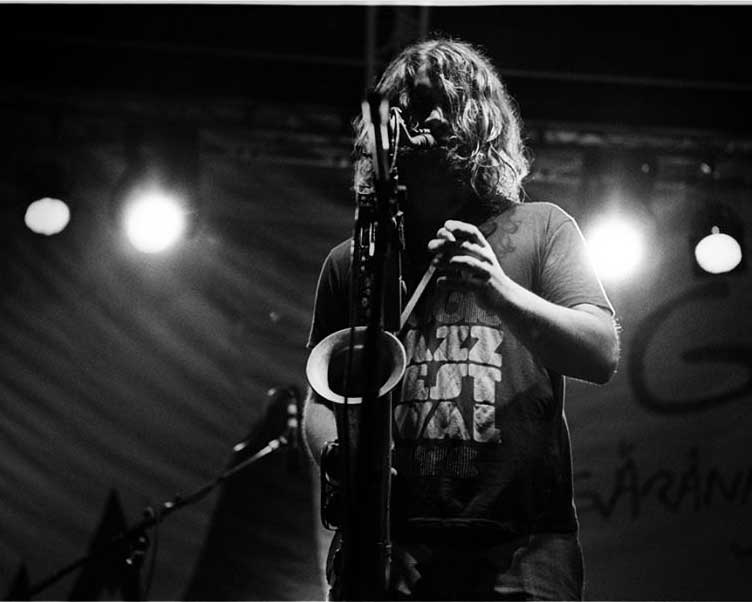 Ershahin is probably best known as the founder of Nublu, one of New York’s most respected music venues. But it’s his work as a bandleader and saxophonist that brings him to Vancouver for this festival, leading a band comprised of some of Turkey’s finest musicians. His sound has a lot in common with that of Shabaka Hutchings, and fans of spiritual jazz and trance music will find a lot to love in it.

I’ve been a huge fan of Moore since the ‘90s, though I didn’t get to hear him live until he played at Frankie’s a few a years ago with Willie Jones III. He just released his first album as a leader since the early ‘90’s, and it’s already one of my favourite albums of the year.  In short, Moore is your favourite tenor player’s favourite tenor player, and you shouldn’t miss this rare opportunity to see a player of his calibre in such an intimate venue.

Keir Neuringer, with Irreversible Entanglements (The Ironworks, June 29), and in a solo workshop (The Roundhouse, June 30)

Neuringer wasn’t on my radar before he co-founded Irreversible Entanglements, but I’ve since rectified that. Neuringer’s playing is equal parts fire and brimstone, but there’s also a European technical sensibility that mellows the intensity out. One of my most anticipated shows of the entire festival.

And some sax shows you may have missed…

Shabaka Hutchings, with The Comet Is Coming (The Imperial, June 21)

Sons of Kemet was arguably the hottest act of last year’s jazz festival, and so it’s exciting to have Shabaka Hutchings back so soon, albeit with a completely different band. Hutchings is a standard bearer of today’s contemporary spiritual jazz resurgence, and his trance-heavy modal playing is easily accessible to newbies and fans of modern dance music.

I snuck a clarinetist onto my saxophonist list! Not only has Lloyd Arntzen passed on his love of traditional jazz to three generations of his family, but he’s also been passing it on to the residents of Vancouver for decades. If you love New Orleans trad jazz, there is no excuse to miss this, as there isn’t anybody who plays the “liquorice stick” quite like Arntzen.

For a lot of people, the first time they heard McCaslin’s name was when David Bowie co-opted his band for Blackstar, which ended up being Bowie’s final record. But McCaslin has been one of New York’s top saxophonists for decades, and played with Steps Ahead, Gary Burton, and other top jazz names long before Bowie came across him. The affiliation with Bowie has stuck however, and McCaslin’s sound has been incorporating rock and dance sounds with increasing frequency ever since.

Mats Gustafsson, opening for The Comet is Coming (The Imperial, June 21), and with the Kids’ Table Quartet (Performance Works, June 21) 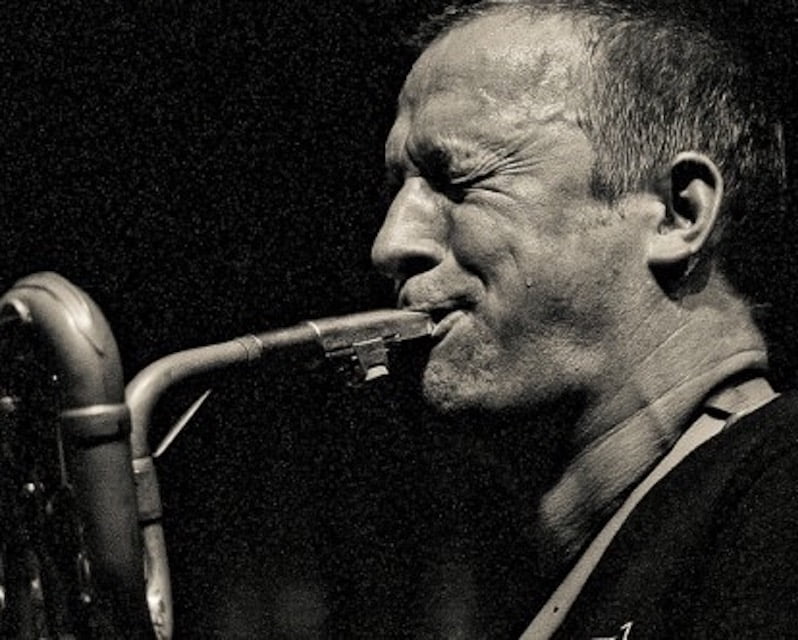 As far as I can tell, I’ve seen Gustafsson at our Jazz Festival on at least a dozen occasions over the last 20 years, probably more. His intense, muscular style has been an integral part of his work with The Thing, and collaborations with artists like Zu, Peter Brotzman, Francois Houle, and many others. Watching Gustasfson in concert is utterly captivating and there is no saxophonist on the planet quite like him. He’s opening for The Comet Is Coming this year, as well as playing with Vancouver’s Kids Table Quartet at Performance Works.