Suggesting that Montreal is the most fun Canadian city probably shouldn’t catch anyone by surprise. Those who have spent a little time there can likely recall that feeling of their shoulders relaxing in a different way than we are used to here in Vancouver. Where that feeling comes from is beyond me. With 9 months of winter and 3 months of city construction, it’s hard to believe that the people often come across as being sincerely less uptight and extra engaged in their community. Yes, the bagels are truly great, but that doesn’t explain a lot.

One of the more inspiring pieces of the music scene in Montreal comes from a small but dedicated group of individuals that run a 3 week long festival starting in June, called Suoni Per Il Popolo – which translates to “Music for the People”. I’ve had the good fortune of hanging around this scene now for the last couple years, and it is an inspiring one. Each night for 3 weeks, in some of the coolest venues I’ve experienced, the festival hosts a wide spread of experimental music from all over that is meant to challenge its audience to tune in to something new and exciting. This is all backed by a 1-person graphic design operation that strongly represents some of those same aesthetics. Something for everyone. I’d like to believe that our festival in Vancouver is doing a very similar thing. 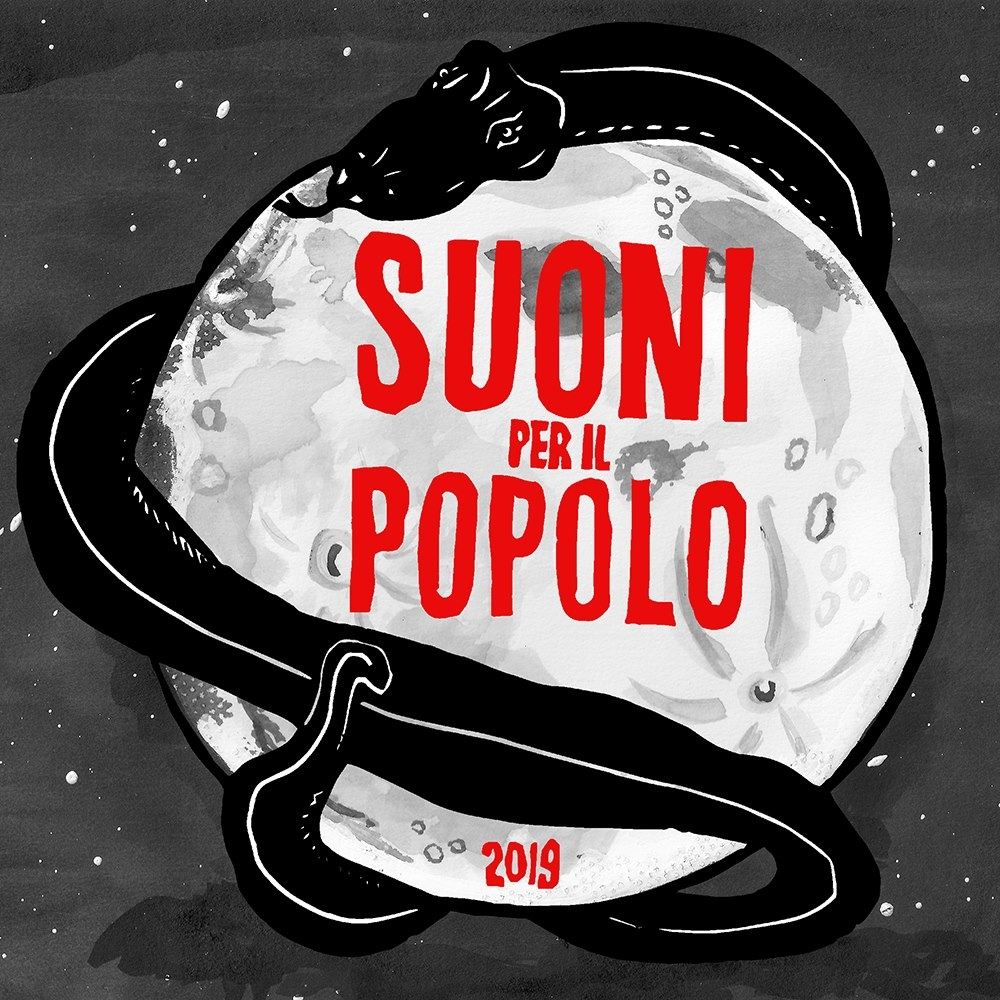 In 2016, Pugs & Crows & Tony Wilson finished a tour and spent a couple extra nights hanging in Montreal and connecting with some of the musicians from their scene. One of the musicians I met and whose music I’ve been following ever since is guitarist and composer Vicky Mettler. At that time, we shared a fondness for some of the solo records Marc Ribot had made. She also introduced me to some new guitar fx, which included one of the most harsh and disruptive fuzz pedals that I now refuse to remove from my board – the Unpleasant Surprise by Fairfield electronics.

Since then, Vicky has built a very original sound which can be heard on her solo project – Kee Avil – which includes sweetly bent vocals, prepared guitar, and a long list of more cool pedals. She released her debut album on Black Bough records, which lead to booking several tours playing mostly in DIY underground scenes all over North America, and shared a handful of bills with Mr. Ribot himself. Vicky performs this solo set at the China Cloud on June 24th. She’ll also be performing in collaboration with Lisa Cay Miller at the Ironworks on June 25th for the Afternoon Series, and doing a workshop at Tom Lee at 1pm on June 24th.

In 2017, Erika and Simon Angell reached out about coming to Vancouver to write some new music for their latest release, “The Mountain That We Live Upon”, and asked if there was any chance of setting up a show or two while they were out west. We managed to put together a night of improv with some local players, and a show at the WISE hall in order to hear their original band, THUS OWLS. They’ve been out to play Vancouver a few times since then, and their performances are always exciting. Anyone who cares for well-crafted compositions performed by a cast of compelling and tasteful music makers should really check this show out. Their new album is the strongest to date and they’ve recently been touring lots, so it would be safe to say you can expect good things. THUS OWLS plays on a stacked triple bill at the Imperial on June 27th, with Ava Mendoza’s Unnatural Ways and jo passed. Erika will also be performing earlier that night with a new collaborative project based in Vancouver, called, “Beatings Are In The Body”, featuring Roísín Adams and Peggy Lee, as part of the 5 o’clock Innovations series at the Ironworks.

Lastly, I would like to draw some extra attention to an old man who knew John Cage and Ornette Coleman on a first name basis. Apparently Ornette even composed a piece for him, back when the two lived and worked on the scene in New York years ago. Malcolm Goldstein is an improvising violinist and crucial composer of new music that specializes in graphic and text based scores. He has also been actively doing this since the early 1960’s. Numerous ensembles all over the world have performed his music. He can also be credited with sharing some of these important compositional techniques with protégé, Josh Zubot, who has used some of Mr. Goldstein’s ideas to enhance his own unique ensemble writing. Malcolm has carefully picked pieces from a very deep catalogue of original scores to be performed by a group of musicians from our own scene in Vancouver, as well as some colleagues of his from Montreal who are more familiar with his music. The Soundings of Malcolm Goldstein is the final show in the Roundhouse Performance Centre series on June 30th. Anyone looking to get a closer idea of Malcolm’s compositional process can attend a free workshop at the Roundhouse Studio earlier that day.

Cole Schmidt is a a guitarist/composer and a Programmer at Coastal Jazz. You can see him perform at the festival with Pugs & Crows, I Think I Saw You See Me, and Kids’ Table Quartet.