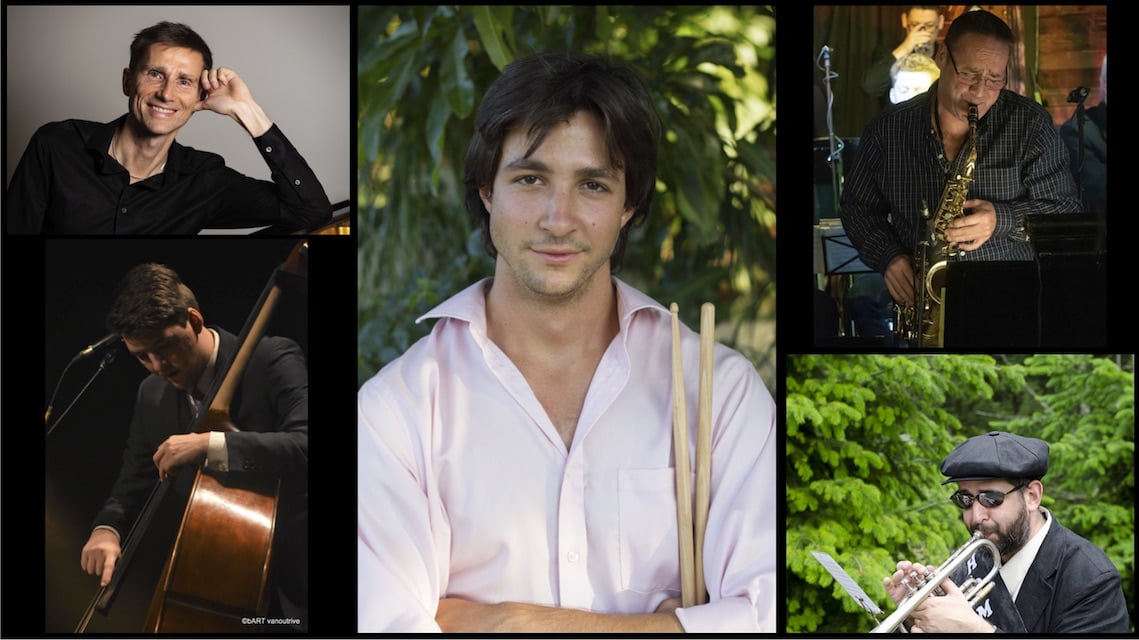 Drummer Jason Winikoff knows this, and knows that there’s a huge responsibility anytime you do a gig focusing on music from that great city. He lived there for almost a decade, studying with teachers like Geoff Clapp, Jim Markway, and Jesse McBride. And on February 9th, he’s leading a band stuffed with Vancouver talent into Frankie’s Jazz Club, playing tunes associated with New Orleans’ long musical history.

“NOLA music has never just been one thing.”

It’s easy to stick to the hits when it comes to New Orleans music. Even if you just kept to music popularized by Louis Armstrong you could fill weeks of shows with great tunes. But Winikoff plans to delve deeper than that, and believes that the vocabulary of NOLA jazz is far broader than its association with traditional jazz.  He says that the gig will figuratively have two sides: the trad side, featuring music by the likes Jelly Roll Morton, King Oliver, and the Original Dixieland Jazz Band, and the “contemporary/modern” side, that will include tunes by composers like Ellis Marsalis and Harold Battiste.

Although Winikoff isn’t originally from New Orleans, he has some strong opinions regarding other people’s opinions about the music from the Crescent City: “One of the things that annoyed me most when I moved to Vancouver was the amount of people saying that they play authentic New Orleanian music. What does that even mean? In almost every case, it referred to a static picture of a romanticized musical past; New Orleanian music was the soundtrack to 1920s speakeasies. Nothing else. Trad is undeniably a part of that city’s musical history. But there is so much more to the music many call jazz (Black American Music) in New Orleans than just Louis Armstrong. New Orleanians didn’t stop innovating in the jazz idiom after the ’20s; that music continued to develop and diverge into a variety of directions. There were, and are, also many who continue to play trad there. Then there is the music that has an undeniable New Orleanian influence – whether written by someone from the Crescent City or not. NOLA music has never just been one thing.”

(Winikoff remarks on this video: “Satch doesn’t even touch his trumpet til about the E section.”)

Winikoff has hand-picked a band featuring some of Vancouver’s very best musicians to tackle this amazing music, including Noah Gotfrit, Chris Startup, Michael Coury, and 6-time Juno nominee John Stetch on piano. “John is an absolute monster who can make just about anything sound good,” says Winikoff.  “He is an extremely sensitive musician who listens very well but, above all else, is an incredibly humble person.”

He added that he thinks that this gig will challenge each musician in a different way, saying “I’m probably more excited than any audience member to  hear what this band can do.”

Tim Reinert is a Vancouver-based writer and broadcaster who worked in the music retail industry for over 15 years.

He is the current president of the board of directors of the Vancouver Improvised Arts Society,  and has been emceeing various jazz and improvised music shows for Coastal Jazz and other organizations for 25 years. He also hosts the the weekly jazz internet show ‘The Infidels’, which can be found here every Monday afternoon.