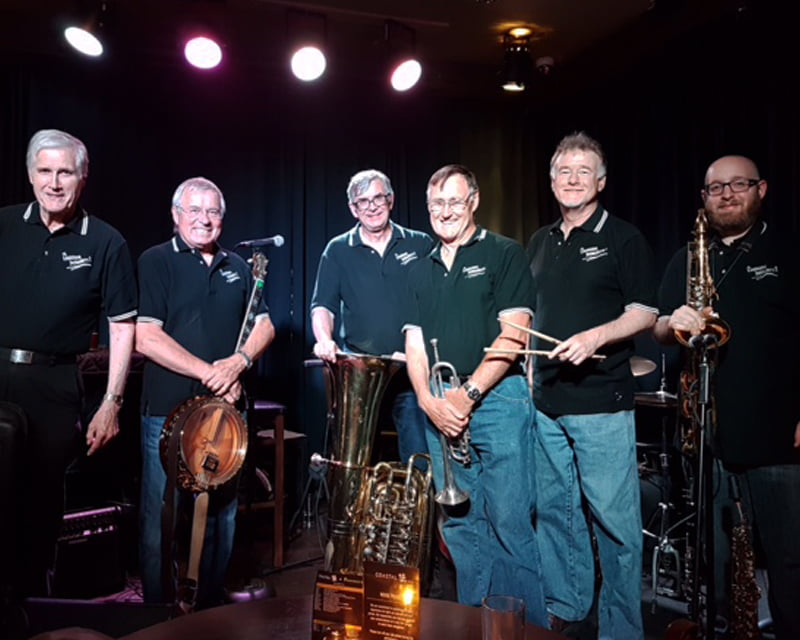 Louisiana Joymakers made its debut appearance at Frankie’s Jazz Club last year and it’s great to have the band return to our stage to play a mix of well known and some obscure songs from the early days of jazz. Jim Armstrong fronts the band on trumpet and vocals with Ben Henriques on reeds and Clive Collins on trombone. The rock solid rhythm section has Scott Robinson on drums, Steve Toren on tuba, and Mike Hobbs on guitar and banjo. Expect your toes to be tapping within the first tune!